The Gilded Age ends its first season with an elegant bookend to its first episode. 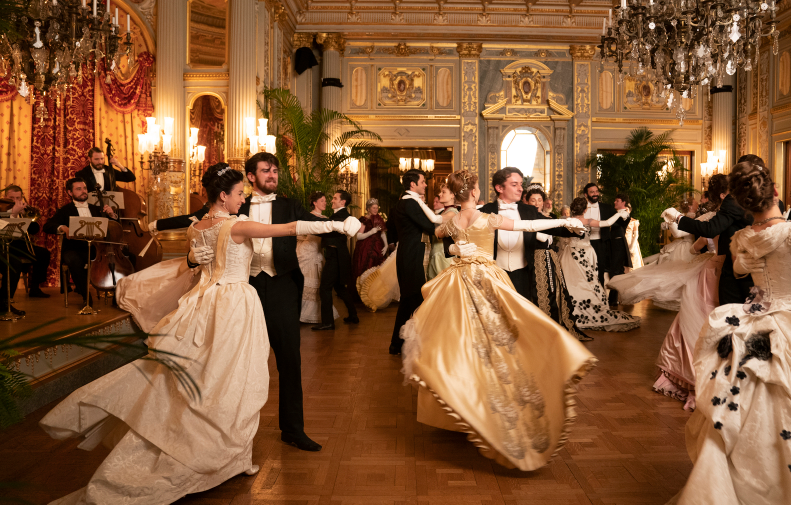 When the series began, up and comers George and Bertha Russell had just completed their grand mansion on 5th Avenue, designed in opulent style by architect Standford White. When Bertha decided to host a celebration to open her new home, only two or three people showed up. A humiliated Bertha went to bed in tears in Episode 1. Throughout the season, she has delayed her daughter’s coming-out party, as she was uncertain that she could fill the ballroom with the right kind of people (George has noted that their old friends would be quite happy to attend). Slowly and surely, and through some coercion tactics on George’s part, Bertha’s 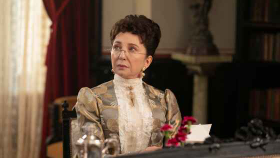 dream has come true, and people have been opening their homes to the Russells. Even so, the influential Mrs. Astor has been holding out, snubbing Bertha at all turns. No less determined (and fierce) than her husband, Bertha uses Mrs. Astor’s daughter to get the upper hand. She rescinds Carrie Astor’s invitation from her party at the last minute, creating a rift between Mrs. Astor and her daughter until Mrs. Astor is forced to attend the party herself. Both the fight and its resolution are taken from the real-life rivalry between Mrs. Astor and Mrs. Vanderbilt (then a new money family rose to power on railroad investments, just like the Russells). Bertha has won this round. Will Mrs. Astor retaliate in Season 2? An even more interesting question: now that Agnes has been forced to attend a Russell family event, will she be visiting the house across the street more often?

In the meantime, unbeknownst to Agnes, Marian has chosen to elope with Mr. Raikes. Though Ada is wary of this path, she nonetheless loves her niece and wishes her well. Unfortunately for Marian, Agnes’ assessment will again prove to be accurate: Mr. Raikes is a social climber, and he turns his back on Marian in order to pursue the opportunities that New York has to offer. The issue here, of course, is not Mr. Raikes’ ambition or his love for New York (a city that is also loved by Marian and adored by yours truly). The issue is Tom’s complete indifference to the social consequences that would befall Marian if she 1) told Agnes she was running away, and 2) had slept with Raikes when he tried to get into her bedroom. If he wanted to remain single and in New York, he should have said as much. Instead, Marian almost ruined her reputation (twice!) for a man who had no intention of keeping his promises. 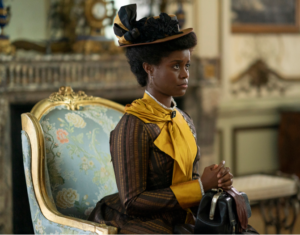 For her part, Peggy has even greater heartbreak to be discovered. Her mother Dorothy (Audra McDonald) intercepts a letter, which she shares with Peggy, stating that Peggy’s little boy is very much alive, indeed. Peggy and Dorothy were lied to by none other than Arthur, Peggy’s dad. He stole Peggy’s child and sent him away. When confronted with the discovery, Arthur expresses no remorse and no intention of revealing the whereabouts of the boy. This is the final straw for Dorothy, who finally sees how terribly her husband has wounded their daughter. She makes plans to leave with Peggy. It’s interesting to view HBO’s Inside the Episode feature, for the actors who play the Scotts all acknowledge the prism through which the characters view this betrayal: the aftermath of slavery. This is the first black generation in the United States to live after the passage of the 13th Amendment. In a previous episode, Arthur briefly referenced a relative who was sold away from the family. These people either were former slaves or were related to former slaves. Their families were ripped apart for centuries. For John Douglas Thompson, who plays Arthur, the child was sent away because Arthur wants to ensure his Peggy’s success now that slavery has been abolished. For the ladies in the family, this stolen child is bringing up the generational trauma of so many stolen black children who came before, except now the trauma and betrayal are compounded by the realization that it was the family patriarch, their flesh and blood, who took the child away in secret.

For the rich folks, the season has been engaging, a whirlwind. For the poor, the show continues to lack significant depth and development. We’ve seen tiny 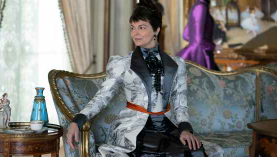 glimpses into their lives. One of the servants visits his mother’s grave, a maid mentions that she was abused as a child, Watson (Michael Cerveris) follows a wealthy woman and watches her from afar (is she perhaps his daughter?). One of the most interesting glimpses was into the life of Armstrong (Debra Monk), the unlikable maid who assists Mrs. van Rhijn. In a brief scene, she went to visit her bedridden mother, a woman who heaped non-stop abuse upon her. Will we see more of the servants’ lives next year? I hope so. I want to know more about Mrs. Bruce (Celia Keenan-Bolger), and the simmering feud between the two butlers: Bannister (Simon Jones) and Church (Jack Gilpin). There is a running joke in New York about the number of Tony nominations that exist within the cast of The Gilded Age, and most of these reside with the supremely talented downstairs cast. To locals and theatre nerds, these are familiar faces, and we’d love to see more of them.

Speaking of theatre talent, I also want to see more of some upstairs cast members who didn’t fully get to shine. For all the scenes they inhabited, very little was done to explore or advance the storylines of sisters Agnes and Ada, who are infinitely more interesting than their niece. Similarly, Mrs. Fane (Kelli O’Hara) and Mrs. Astor (Donna Murphy) are played by immensely talented women. Finally, from a personal perspective, Audra McDonald is simply one of the best stage performers alive. Given that Dorothy has now come to her daughter Peggy’s aid, I hope we have a lot of Dorothy/Peggy scenes next year.

The Season ended on a strong note and was an overall success, luscious in its design and teeming with acting talent. I can’t wait to see more of these people and their stories when The Gilded Age returns for Season 2.