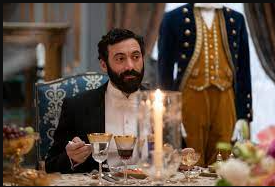 The seventh entry of Julian Fellowes’ historical drama opens with George Russell and his top executives considering a highly detailed model. This model is an early vision of what would become New York City’s Grand Central Station, a transportation hub so grand that it garners several official landmark designations.   Despite this new vision and Russell’s usual high level of confidence, the railroad tycoon is still deeply troubled by the train derailment. A transportation foreman within his company, claims to have documentation with Russell’s signature that authorized cutting corners on axle repairs. A faulty axel was deemed to be the cause of the crash, yet Russell is adamant that he would have never greenlit dangerous cost-saving initiatives. His lawyers and executives say that either the foreman or Russell will go down for negligent manslaughter charges.

Bertha Russell is worried. Not for her husband’s freedom, but for the future of her socialite endeavors. Reasonably, George is vexed at Bertha’s lack of concern over his freedom. George is no saint: His business practices have led a man to suicide, he all but threatened a young man to not court his daughter, and he may or may not have been indirectly responsible for the train derailment. Yet, he does have a soft spot for his children. The blocking of the courtship was at the behest of Bertha, and he feels guilty for having to deprive his daughter of happiness, no matter how juvenile the situation. Larry Russell aspires to be an architect which 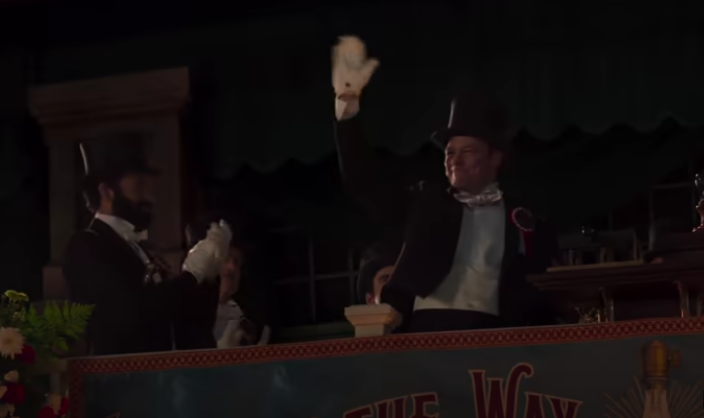 George initially contests, but later says he will mull over the proposition. In an age where sons and daughters were expected to be their parent’s direct successors, George is rather open-minded despite his cutthroat nature.

Peggy and her publisher, Mr. Fortune, discuss the covering of Thomas Edison’s upcoming engineering reveal. Fortune reminds Peggy that Mr. Edison is not the sole inventor of the fluorescent bulb, for a black man was instrumental in the engineering of the filaments within the bulb.  Peggy jokes that she is certain Edison will share credit at the ceremony. Fortune appreciates her sense of humor. Although racism is rampant, Fellowes correctly demonstrates that not all disenfranchised persons remained disenfranchised and depressed over their disposition. Some, like Peggy and Fortune, transcended obstacles.

Barrister (along with Peggy, is my favorite character) remains on Agnes’ shit-list for his participation in Bertha’s luncheon. Agnes tells her sister that she will forgive Barrister after he has earned forgiveness. Yes, Barrister should have declined Bertha’s offer. Yet, if Agnes would be more open-minded and at least cordial to the Russells, this would subdue Bertha’s aggressive nature. The more opposition that these rich elites face, the more they fulfill the very stereotypes that the 99% hold against them: Snooty, entitlement, lack of empathy, etcetera, etcetera. Bertha gets wind of Turner having an affair with an unknown man and dismisses the lead maid after she is seen flirting with Larry. Turner is a middle-class version of Bertha, and the head-of-household will not share a space with anyone who is as ambitious as her.

The episode ends with Edison’s reveal of the potential of direct current power distribution. Instead of a grand speech, a flip is switched. Story after story of a building is filled with light, illuminating the awe-struck crowd, which includes the Russells, Marian, Peggy, and members of Fortune’s printing press. Agnes had no interest in attending, for she would rather read about the event from one of Peggy’s articles.