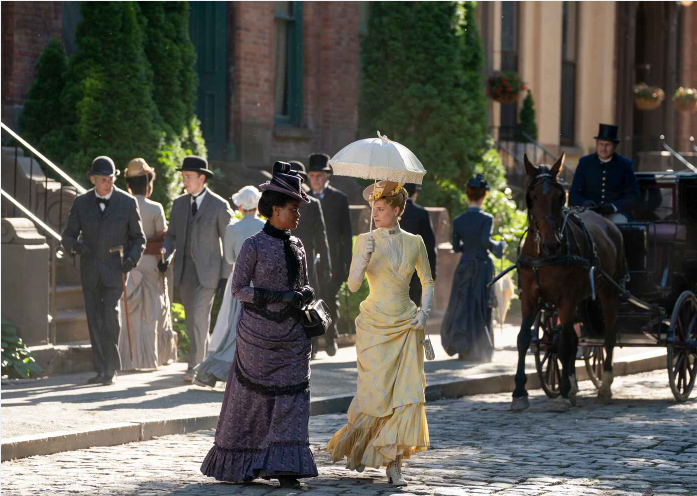 My background with Julian Fellowes goes further back than the much-beloved Downton Abbey; I was mesmerized by his writing as far back as Godsford Park. Like Downton, it was set in the UK, in a country estate owned by the moneyed elite. Despite my love for his work, I had my reservations when I heard that Fellowes was developing a drama set in Gilded Age New York. The UK and the US have enjoyed some common reference points then and now, but their elites, particularly at the turn of the 20th Century (with The Gilded Age on one side and Downton Abbey on the other), were two very different kinds of animals. In fact, New York’s elites are different from other similar groups WITHIN the US. There is a hunger and a bite amongst them that is almost unique. Interestingly, the same can be said of New York’s poor. The Five Points, the Gangs of New York, Tammany Hall supporters, even the average workers; these are not the gentle souls who worked in Yorkshire. This is particularly true during the Gilded Age, an age of unfettered technological and financial progress and industrialization that ran roughshod over anyone too slow to keep up. Though Downton sometimes tackled the issues of modernity, it did so in a quaint country setting that feels more antiquated than The Gilded Age, despite the fact that it’s set a few decades later. The Gilded Age was a dog-eat-dog world. Would Fellowes be able, as a foreigner and as a writer who has focused on the UK, to understand and convey the unique character of New York, a character that baffles even our fellow Americans? For the first two episodes, I must confess I was unsure about the answers to these questions. Episode three (“Face the Music”) might prove to be the turning point, the episode where the show truly grows out of its Downton-like tropes to become its own very American thing. 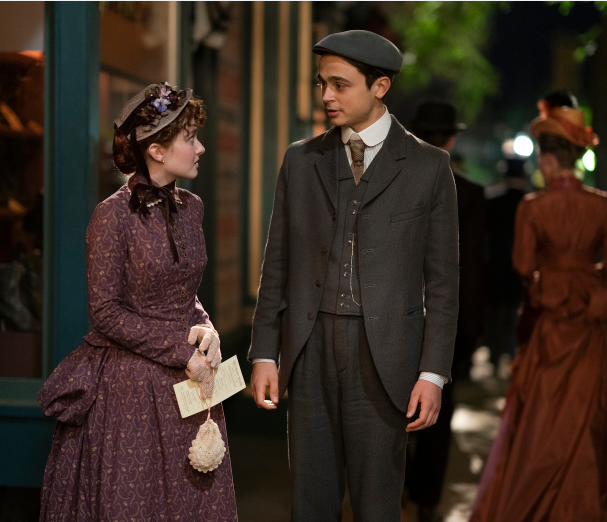 So far, we’ve met the different upstairs/downstairs characters in the houses of the Russell and van Rhijn families. Crucially, it is in its depiction of the poor where the show struggles the most. New York’s poor were surrounded by gangs, by disease, by ill working conditions, and any number of threats to their wellbeing, but they fought back. They, too, schemed. Most importantly, they thrived in a very hostile environment. The poor around the world have always struggled for their wages. Backbreaking, day-long labor has always been a part of their existence everywhere. In New York, however, the poor became a hardened bunch. They unionized and they (physically) fought the police, who were working on behalf of the factory owners. They drew a line between doing good work and fawning over their employers (unlike Downton‘s servants). The poor also fought each other. They were immigrants (I love that the series has immigrants amongst their servants), sometimes struggling with the language and the different kinds of people who surrounded them in the New World. Most notably, they resented having to compete with black Americans, many of whom were also poor. Unlike the places they had left (Ireland, Germany, the black folks from the American South), New York was CROWDED, and the proximity created disease, dirt, and hostility. The conflict, the hierarchies, the factions, the dangers and the triumphs of their existence is something the show has not shown us yet. These people had their own territories, their own kingdoms, so where are they? The ones we’ve seen are Downton copies: the maid with designs on her employer, the young kitchen maid being wooed by a male servant. These are types directly lifted from Downton, but without the former show’s interest in their actual work. An entire episode of Downton could center on a wrongly prepared table and the tension was the equivalent of defusing a bomb in an action film, SUCH was the attention that show devoted to its lower classes, and such was its gift for making small details matter in epic ways. I’m not seeing a lot of that here. (Side note: if, like me, you are a nerd about all things New York, I recommend the book Low Life by Luc Sante, which does a great job of depicting the city’s poor). 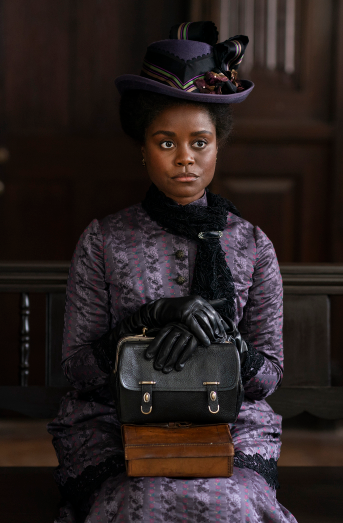 The exception to the above, of course, is Miss Scott (Denée Benton). Peggy is not your typical depiction of an African American woman in the 19th Century. She is educated and ambitious, as many black ladies were in real life. She is opinionated and independent. I’m glad the show is showing us her dreams, as well as her struggles. In this episode, her stories have caught the attention and interest of The Christian Monitor, but they won’t publish the stories unless she gives up all claims on authorship. What writer doesn’t consider his/her stories to be THEIR very own, a vital part of themselves committed to paper? As Peggy says, a white man would never find himself in such a quandary. The stories written by white men may be very good or they may be very bad, but the stories remain theirs. I hope we meet more black characters in The Gilded Age. Black Americans have always been a vital and rich part of New York’s culture, yet sadly, we don’t often see their lives in shows that are set in the city. Copper, set a couple of decades before The Gilded Age, and HBO/Cinemax’ The Knick made decent attempts, but it’s a shame we don’t see more representations of black New Yorkers.

Where the show excels, however, is when it visits the rich. One way in which the rich are the same everywhere is in their desperate attempts to exclude New Money. In New York, New Money fights back rather spectacularly. The Old Elites try to make some easy money by stiffing robber baron George Russell (Morgan Spector). They have spent years snubbing Russell, his wife Bertha (a brutal Carrie Coon), and other New Money people (upstarts that included the Vanderbilts, the Morgans, and the Rockefellers) who are making their way into New York. They won’t even let them buy boxes in the Academy of Music. But as the episode title implies both metaphorically and literally, they will face the music: the New Rich will build their own opera, and as Marian correctly guesses, The Met will outshine and outlast Academy. Similarly, those who cross the Russells do so at their own peril, for what they don’t realize is that a man and a woman who have been desperately poor don’t fear poverty as an unknown. They’ve been through it before and are willing to wager everything that they own in order to gain the upper hand. Fortunes aren’t built on timidity or fear or an excess of caution. Unlike the honorable and likable elites of Downton, the Russells will use their wealth to crush their enemies. The robber barons were not known for their honor or their mercy.

Strangely, it is the least likable, most privileged people who present the most compelling characters. There is genuine love and respect between George and Bertha Russell, despite the stone-cold way in which they treat their enemies. Even Agnes van Rhijn (played spectacularly by Christine Baranski) shows us, in this episode, that there is a love that she feels for her meek sister Ada (Cynthia Nixon). We have heard from Ada that Agnes made terrible sacrifices, marrying a terrible man, in order to keep both sisters from abject poverty, but we have rarely delved into the depths of Agnes’ own feelings. She has become cold and bitter because life treated her wrongly, but she is also very protective of her sister. When a former suitor comes to Ada to renew his suit, we fear that Agnes will dispatch him out of spite or snobbery. What happens next shows us that there is a reason for the things Agnes does. The suitor is looking for a meal ticket. Sometimes, Agnes is right in keeping the wrong people away from her family. The question becomes: will she allow her snobbery to keep good suitors away, as well? I want to see more interactions between Agnes and Ada. They’ve spent decades together, and this creates a deep bond and a deep tension between them. I’d like to see more of it. 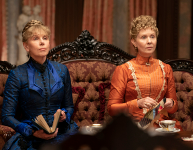 Looking forward to Episode 5. How will Peggy’s day with her parents go? How will Marian’s relationship with Tom Raikes proceed, given that her Aunt doesn’t approve of his background? How will the wealthy residents of New York handle the shocking events of “Face the Music”?