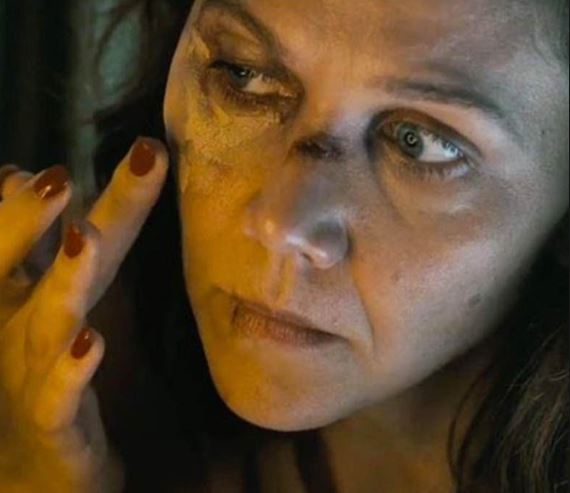 Our characters continue to delve deeper into business deals, alienated relationships and abusive situations – either at the hands of pimps, potential johns or just life on the streets. We know that The Deuce is a show about the seedier side of life in the 1970s, in certain areas of New York. Corruption is everywhere and it seems like no one is immune to taking a bribe – as long as it stays under wraps. Police take payouts in order stay out of certain geographic areas. Pimps trade their girls like it’s no big deal – after all, their girls are nothing but a source of profitable holes (sorry if that is too blunt but let’s face it, it’s pretty accurate) and then we have back door deals with the mob going on.

Candy is desperate to get out of the prostitution lifestyle. I don’t blame her: with the fear of being assaulted, beaten or robbed (and she endures a beating at the hands of some jackass) – is that the kind of life you want to stay in forever? When it rains, it pours: Candy has had some pretty awful encounters as of late and it’s almost like she can’t catch a break. And who’s sniffing at her heels – awful pimp Rodney (Method

Man)– who continues to pursue her and attempt to sway her into his employ. If there ever was a time where I wanted Candy to really punch the living daylights out of someone, this was that moment. They trade insults and Candy stands her ground. She knows she’s better off on her own and that’s what I like about her. She does this on her own power – yes, it’s a brutal line of work with all the risks involved, but she earns all her cold hard cash. She also meets up with Harvey (David Krumholtz), the amateur pornography director. This could be the start of another career venture for Candy. Kind of hoping that she makes the leap but at the same time retains control of her body and her money. Candy also attempts to have a relationship with Jack – but let’s face it, Candy knows it’s an illusion and keeps him at arms’ length. I call it self- preservation and survival instinct.

Another interesting relationship that is simmering is Sandra Washington (Natalie Paul) and police officer Alston. I sense a ‘friends with benefits’ scenario about to happen. I like that Sandra is trying to really shed some light on the abusive nature of prostitution – exclusively how the pimps treat the prostitutes. I feel she is trying to do something incredibly important here but it’s as if she’s met with one obstacle after another. But hey! This IS 1970s Brooklyn and nothing is without a price. Sandra is wading into an unfamiliar and very dangerous territory. Talking and getting introductions to pimps is one thing, but attempting to completely expose the pimps and their line of work is another. This is going to have serious consequences for Sandra and the prostitutes. Sandra, in trying to do that right thing, is going to 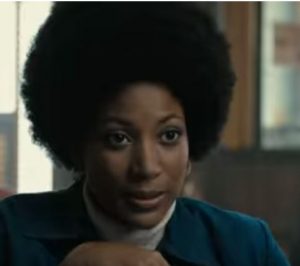 make life for them really awful. Who are the pimps going to take their anger out on?

And then there are the family woes: Bobby can’t go back to the field of construction. The stress alone – not to mention his heavy smoking – will kill him in less than a year. He’s not happy being off the job and out of work. So, it’s only natural that we viewers are going to predict that one of two things is going to happen here: the startup of amateur pornography or some sort of mob-related business where pleasure is the name of the game and the cash flow would be steady. A masseuse parlor! Just think of it: there’d be no shortage of men wanting to be, um, ahem, ‘taken care of’ and the money would flow in nicely. Again, doing business with the mob means you go along, shut your mouth, don’t make trouble and make a profit. Or else.

Abby is caught in the middle – she can’t relate to her former college friends and chafes at that fact that Darlene is back with her pimp. After all, Abby senses that Darlene wants more and is smarter than most people give her credit for. However, Abby is in a better position than these girls. While enjoying a sexual freedom and having the ability to work without fear of beatings and being discarded, Abby has good intentions in wanting to help Darlene. However, Darlene seems to be street savvy and looks like she can take care of herself and Abby is put in her place about reminding her own business and just maybe Darlene wants to be with Larry 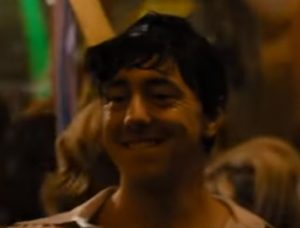 (although I can’t stand that thought). I want Darlene to get out of a life on the streets – she seems to really enjoy reading. What’s that old saying – knowledge is power? If only Darlene could escape the life and perhaps go back to school. I fear for her – her pimp is abusive and living a life of fear is no way to live. Abby also bristles at the fact that Vincent wants her to continue wearing her scantily clad leotard get up – after all, it’s good for the Hi-Hat business. Then there’s Paul, who feels confined by his straight-laced boyfriend. Paul (Chris Coy) ends up having a really good time while experimenting with New York’s gay nightlife – he ends up having a drug-induced good time. In an episode where we concerned ourselves with the varying levels of ‘bad’ (Candy going to see Harvey; Darlene staying with Larry; the business deal of opening a massage place, Sandra’s undercover attempts into exposing the horrors of prostitution) – it was nice to see someone experiencing a little ‘good.’

Next week the big question is “Why Me?” Here is a tease.