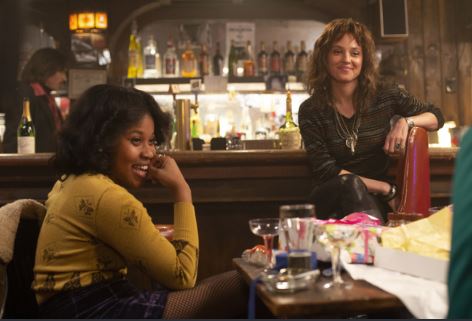 There is no doubt that The Deuce has a steady, strong female ensemble. It is quite evident in the second episode of Season Two “There’s An Art to This.”  Even though many of these women are starting to get out of their respective roles and achieve higher status, there’s still the patriarchy of the late 1970s to smash through. Birth control, equal rights, and education rights aside – it’s easier said than done to try and get ahead as a woman in a man’s world. The women of the Deuce have to scratch, claw their way and duke it out to get whatever power they can. This episode, though some points were a bit dark, was surprisingly strong with the women’s empowerment theme (something I am totally down with). 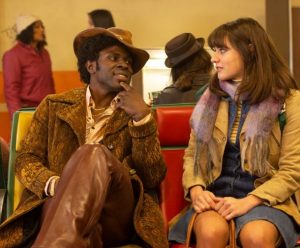 Our ‘beleaguered’ pimps continue to suffer on and off the job. Larry’s dusty pick-up lines and empty promises of money and freedom fall flat on his face while he tries to snare a woman who is a university drop out. She doesn’t fall for any of his bullcrap. Take a backseat, Larry(pictured, left). Your time is ending. (later on, Larry attempts to reinvent himself to Candy, which is hilarious.) Lori continues to receive recognition for her work in the adult film industry and this brings newfound freedom/power – CC is hanging around like a deadbeat, with no certain role in her life. He knows nothing about the adult entertainment industry and is a complete idiot with his swagger and phony charm. Anyone on set has absolutely no time for him and it’s completely obvious that he is dragging Lori down. Lori is afforded a meeting with a very popular and powerful person – an adult entertainment agent – which is a very new role, and one that appeals to Lori. Imagine having someone who represents you, doesn’t abuse you, 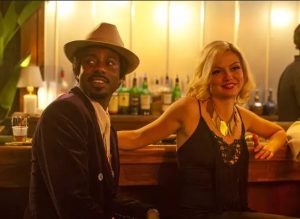 drugs into you or demean you. In a man’s world, having another woman represent your interests is not only incredibly empowering, but it’s also a huge step in the right direction. So many women that got into the adult entertainment industry were largely from households where they experienced domestic or sexual abuse. It does something terrible to your self-esteem and many of these women were exploited, paid horribly and treated like garbage. Agent Kiki Rains looks out for her clientele, trying to get them the best exposure with top directors and actors, not to mention looking after them financially. Lori sees a safe haven; a step in the right direction. CC sees Lori as property and chattel.

Candy is continuing to direct and try to work with some pretty shifty material. She wants to intertwine art house soft-core pornography with whatever the hell Harvey keeps feeding her. A director can only do so much with material that’s garbage. You can only keep going for so long with coaxing the crew, practically feeding them the dialogue and the feeling of intimacy. It’s frustrating. Candy’s mounting anger is palpable and eventually, she snaps at Harvey. Little did she know while she was on set working, another director was watching her. Candy is mortified after speaking to Harvey to find out that the adult film director Genevieve Fury (Dagmara Dominczyk) was taking in the sights and sounds. A lunch appointment with Genevieve is some serious old-school education. Candy gets a very blunt, unflattering assessment of her work from Genevieve, but Candy being serious about wanting to create feminist friendly and entertainment adult films, takes the information seriously. Candy’s got the potential to be great but what’s the one thing that will make everything work smoothly: money. You need to spend the money to make the money. A late night talk with her assistant editor produces some pretty funny ideas as to what their next film could be…namely naughty fairy tales. 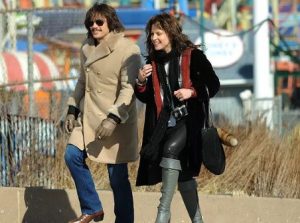 Things also seem to be looking up for Vinnie and Abby as they get to whisk away to Coney Island for a reprieve from the tensions downtown. Nice moment for them. Steal it while you can because we know that things are going to change. Mob pressure every which way is creating a bit of a turf war. Plus, we can’t forget Detective Alston and Gene Goldman’s (Luke Kirby) efforts, in their own way, to clean up the streets.  As this episode’s title alludes to – there is an art to this, so make your move, learn it well and hold your ground for what’s ahead.  We conclude by going Inside The Episode.

Episode 3 debuts Sunday, September 23. In it, Lori (Emily Meade) envisions a sunny future in LA after attending the AFAA Erotica Awards with Harvey (David Krumholtz) and Candy (Maggie Gyllenhaal), who are looking to connect with west-coast producers who are willing to turn her fairy tale into reality. Paul (Chris Coy) and Kenneth (Michael Stahl-David) approach Vincent (James Franco) about a loan for a new nightclub, free from mob ties. Goldman (Luke Kirby) visits Alston’s (Lawrence Gilliard, Jr.) precinct to share the mayor’s vision for cleaning up the Deuce. Frankie (James Franco) wins a hand of poker but risks losing his job. Back in NYC, Ashley (Jamie Neumann) pushes her reform agenda on Abby (Margarita Levieva), while trying to avoid C.C. (Gary Carr). Larry Brown (Gbenga Akinnagbe) and Darlene (Dominique Fishback) learn a bitter lesson about supply and demand. Rudy (Michael Rispoli) sends a message to his rivals but invites retaliation.

Don’t take your eyes off The Deuce!