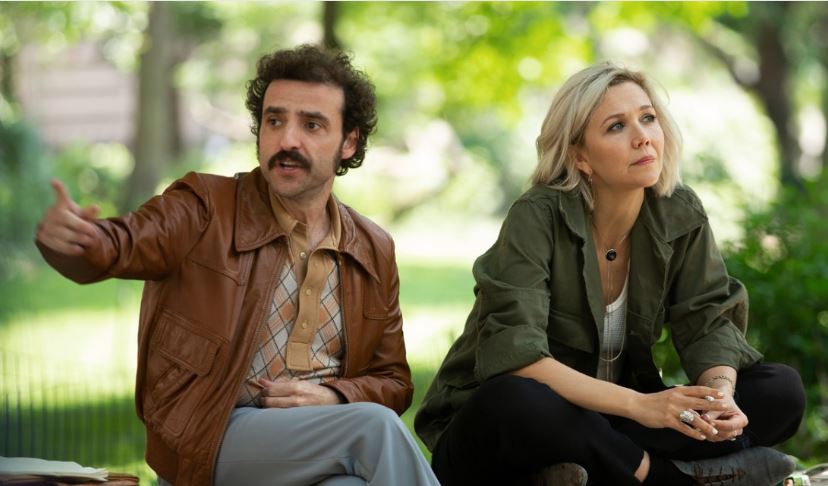 Candy nailed it when she said to Harvey – “we’re all beasts” – and that doesn’t just apply to sexual relations between men and women. We can all behave beastly, depending on what’s at stake. For Candy, it’s her movie. For Harvey, it’s the finances and all the stupid things that could go wrong. For Frankie and Vincent, it’s either trying to break free of mob constraints or relishing in its benefits and for Abby, it’s coming to the realization that you need money, even if it comes from the mob, to create a better world. For Ashley, it’s the frustrating truth that it’s going to take a long time to get rid of the pimps and to help the prostitutes. For Lori, it’s the hope of a plum role bringing fame. For CC, it’s the abuse of power and insecurity that he clings to, knowing he’s becoming obsolete.

Candy and Harvey deal with every single little thing that could go wrong. After giving Larry Brown the main part, the movie pics up in the plot, filming production and pace. Yes, finances are running very low, tensions on set are running high; plot lines change and locations vary. Yet, for all the trouble, Candy shows true grit and perseveres through it. Her movie is like an assignment – it’s her first big project and she wants to do her best work, and if it means improvising locations, firing the producer’s wife (oh Frankie’s in the dog house for that one); putting herself in a small but pivotal role and accepting money from Frankie (mob money financing), Candy makes the best of each situation. Good for her; and what endeavor isn’t without challenges? Harvey keeps getting angry, paying for sets, and then losing screen time; then the reels of some of the film were left on the subway train. I guess the thing about making movies and acting is that there’s so much action that goes behind the scenes that the viewer is unaware of. In a weird twist of fate, it’s all these bumps in the road that may end up giving Candy the directorial break she so longs for.

Bobby is having a hard day that only gets worse when his son is arrested. Using a little old school mentality, Bobby picks his son up from the station, only to rough Joe up. He gives Joe a good hard look at real life – if you’re not in school studying, you’re working like the rest of us. Joe tags along to his uncle’s bar – and Vincent flat out tells his brother in law it’s a bad idea, especially having an underage kid in a club where anything goes. Joe goes to the French Parlor (where he’s got a Cheshire cat grin, being surrounded by half-naked women). Booby rudely reminds his son he’s not there to have a good time but to work by cleaning the establishment. Joe looks disgruntled as if that work is beneath him. Alas, Joe’s real-world experience doesn’t pan out. 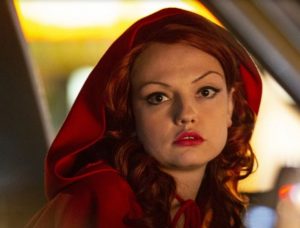 Ashley and Abby continue the work within the community and attempt to help some additional prostitutes. It’s work that requires a lot of tenacity, research and connections to public education, safe health care and legal representation. However, this work doesn’t just happen overnight. It’s disheartening because Ashley and Abby really want to make a solid effort to clean up the streets. It also requires safe spaces and money. As much as Abby can chafe against and protest the mob money, that’s what’s been helping her to do her activism all along. You can’t just think that this line of work is going to be free of financial burden. While celebrating Paul’s new club opening, Abby and Vincent attend and look like they are actually having fun. And the money that Abby didn’t want to take on initially goes to help another prostitute get away from the streets. Again, you need the money in order to get the resources that will promote the changes.

Larry Brown may have found what he’s looking for: a break. Drifting further away from the pimp life, he is given an opportunity to have the starring role in Little Red. He has the instincts but struggles with the delivery of lines. On a side note, Darlene seems to be moving into the role of scholar, tutor and actress, while slowly moving on from life on the streets. Frankie, with his heist high jinx and marital woe, comes through when he brings Rudy to the neighborhood where Candy’s filming. In what’s got to be one of the funniest scenes, Larry is brought down by police, as they believed he was going to attack Lori. Rudy watching the entire scene unfold is impressed and offers financial help to Frankie in return for a percentage. At this late stage in the game, our Candy and crew got to do what needs to be done. Hell, even a few police officers turn a ‘blind eye’ to Candy, while she’s out late at night, filming without permits. 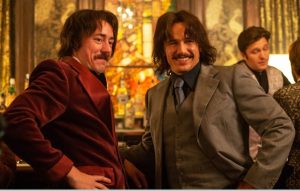 For all the raunch, romps and freewheeling’ – there’s a surprise twist to all this. Gene Goldman, Mayor Koch’s aide, has a surprising secret lifestyle. I admit, I thought he was a total prim and proper political figure, walking that righteous path and wanting to rid the Deuce of all ills. Oh boy. So it seems this politician isn’t as on the straight and narrow as we thought…

The closing scene is reels of film, scenes being edited in the cutting room and Candy looking over at Harvey. It’s been a few years; she’s come a long way and Harvey has been a mentor to her. Things weren’t always perfect but when Harvey remarks, “I think you may have something,” the look on Candy’s face says it all. This is the culmination of hard work – challenges she overcame; sexist attitudes; having to beg, borrow or steal to make this film happen and the final product is ready. Will it be the success she hopes for? Or will more dreams be dashed on the Deuce?