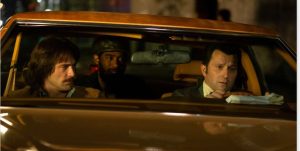 So, let’s get a few things straight: some people have plans – plans to get out of town, plans to get ahead and some people try to plan for the interim. But what’s that saying about the best-laid plans? They don’t always go accordingly. The characters of The Deuce continue to face challenges from every angle possible.

Rival mob wars have cost a young teen girl her life. Vincent is caught between the coal and the fire: dealing with his brother-in-law, Bobby Dwyer has been a mess. Bobby is perpetually getting drunk, having issues with dealing with the parlors, the turf wars and keeping the girls safe. Not to mention his domestic problem. Vincent also finds his relationship with Abbey becoming increasingly strained. Check this out.

Of course, this wouldn’t be a complete crapshoot without mentioning Frankie and his stupidity. As if he was suited to the dry cleaning business to begin with?! He can’t keep track of the hours of operation, let alone how to actually work the conveyor belt or treat his customers with respect and courtesy. Someone give Frankie a HUGE dunce cap. 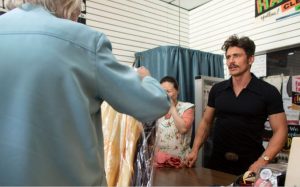 Unfortunately for all of them – a young girl Stephanie – is dead and now Abbey and Ashley are determined to help out in any way they can – trying to identify the girl, trying to plan for her funeral and most importantly, trying to prevent something like this from ever happening again. Remember, Ruby?

But how do you stop the sex trade industry, with its’ lure of easy money, potential ascent into the adult film industry and so-called ‘easy work for easy pay’? While I’m all for Ashley and Abbey trying to provide insight, community and legal support to former prostitutes and call girl/masseuse girls, there’s just too many people out there that are in a position of power to exploit and prey on the weak. While I admire the outreach work these gals are doing, the tough part of it all is that change doesn’t take place in a day, week or month. As much as we’d all like to see corruption completely end, no underage girls being exploited and dying and no more violence against women in the prostitution trade, you know it’s going to be years before you actually see the waves of change actually taking place. But I get it; baby steps first. It’s not easy as a former prostitute, trying to get your own life on the straight and narrow and then trying to help other women in the same boat. There’s a lot of fear, hesitation and violence as a consequence for speaking out or leaving your pimp. I’ve riffed on that before.

Paul is finding that his expenses for his upscale establishment are far exceeding his original plans. Vincent suggests cutting some expenses. Paul thinks that he can just do this all on his own without repercussion from Rudy and company. Wrong. Again – once you’ve gone to the mob for help, no matter how small or no matter the request, you’re in. For life. You don’t negotiate with 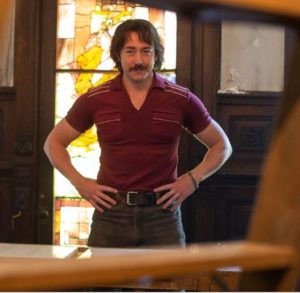 the mob. You don’t get to walk away. Period. It’s admirable that Paul wants to be an independent businessman. But it’s not going to have a happy ending. Vincent thinks he’s just a small business owner and can cut ties with Rudy and Tommy like it’s no big deal. We all know otherwise. Vincent and Black Frankie find this out the hard way when they are with Tommy, en route to collect money. Any request to get out from under mob connections, the parlor businesses and anything that is remotely tied to the mob fall on deaf ears. It doesn’t help that Black Frankie and Vincent witness Tommy shooting a rival gang member in cold blood. Once again, if you’ve made a deal with the devil (the mob), there’s only one way out. Six feet under.

The mayor’s office continues to attempt to put The Deuce on the straight and narrow. Detective Alston is fed up, frustrated and thinks that the whole idea is a complete farce. Mayor Koch’s aide, Goldman, thinks that cleaning the streets is going to be a pinch. Little does he understand how the police force works, how they are all tied in with the mob dealings, the parlors, the payouts and of course, sampling the wares of many of the 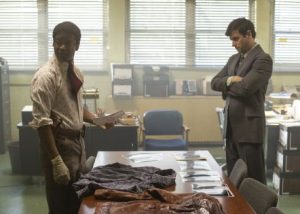 ladies working The Deuce. Goldman is clueless as to how the system works. And Alston has really hit his limit with all the political interference and waste of time, money and human resources. I don’t blame him: he knows that the corrupt cops that ‘bust’ or ‘raid’ the parlors don’t give a fig to uphold the law; it’s every man for himself.

As for Candy, Harvey and the whole idea of Little Red Riding Hood – well, an adult adaptation at any rate – it’s coming along, albeit at a slower pace than Candy would like. But it’s taking shape. Harvey is skeptical but starts to see the bigger picture that Candy is trying to present. A surprise offer of help from Harvey’s wife was something that Candy didn’t expect but in the end, as she hired an outside writer to help out and she probably thought it was better not to have Jocelyn write the script. Maybe she wants to retain creative autonomy; maybe she doesn’t want Harvey’s wife leaking details to her husband. I can’t help but root for Candy – I want her to be successful in her filmmaking ventures – and I want to see a woman get some accreditation in a male-dominated realm. Candy, you GO GIRL – take back some of that power!

In a hilarious turn of events, a new camera technique is suggested, from all people – CC – while Lori is working on set. I think the director and everyone on set are just fed up at this point, as CC is a sore thumb, an idiot and completely out of his depth. However, his camera technique isn’t without merit. Lori, for her part, is getting fed up with CC and wants to try and find a compromise with her agent – but I think we all want her to dump CC in the bottom of a steep ditch somewhere. She’d be better for it.

The most surprising portion of the episode is when Larry is working his magic on the set of Candy’s shoot. Nobody but Darlene knows this, but Larry may be illiterate; hence why he’s having 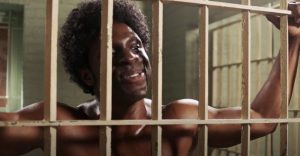 such difficulty on the set with his lines. However, the lines aren’t exactly Oscar-worthy – but Candy works this situation to her advantage. Giving a pep talk to both the actress and Larry, a little improvisation goes a long way – and I think we know that Larry has found a unique way to adjust to the world of adult entertainment while starting to get rid of his former life as a pimp. I have a feeling that Larry’s willingness to try new things is going to pay off for him (viewers are in for some comic relief, with Larry.

Next week takes us to the halfway point in the season.

Temporarily flush with cash, Frankie (James Franco) is tapped by Candy (Maggie Gyllenhaal) to be a co-producer on “Red Hot.” Lori (Emily Meade) eyes a plum role in the film, but still feels the burden of C.C.’s (Gary Carr) yoke. With Rudy’s (Michael Rispoli) blessing, Big Mike (Mustafa Shakir) and Black Frankie (Thaddeus Street) hit a gambling house in the Bronx. Bobby (Chris Bauer) finds himself stigmatized at home and at the Hi-Hat after a surprise raid overseen by Alston (Lawrence Gilliard, Jr.). Also, Paul (Chris Coy) encounters resistance to his elaborate renovation plans. Out of rehab, Shay (Kim Director) is convinced to move in with a nurturing Irene (Robeta Colindrez). As she and Abby (Margarita Levieva) deliver on their promise to provide medical care to sex workers, Ashley (Jamie Neumann) decides to confront her past…and doesn’t blink. Written by Richard Price & Carl Capotorto; directed by Zetna Fuentes.