HBO has long been a leader, a trend setter if you will, when it comes to amazing television and they have rarely cared all that much about ratings, so long as people were talking. In the last decade we have seen HBO utterly dominate this new “Golden Age” of television, winning enough awards to pave Richard Plepler’s (HBO CEO), very long driveway with Emmys!

HBO has such a sterling reputation for quality and excellence that it’s sometimes hard to notice when they miss. So powerful is the HBO Brand, that even Sunday nights lack luster debut of “The Brink” barley registered.

It’s a proven fact that networks can throw money and names at a project, and no matter how bad the concept or execution it may be, they still make out like kings. It’s certainly not a crime that “The Brink” isn’t a particularly good show; and with credible names like Tim Robbins (Cadillac Man, The Shawshank Redemption, IQ) and Jack Black (King Kong, Tropic Thunder, Kung-Fu Panda) you would expect HBO to get behind a project like this. The trouble is, it just kind of feels like they’re just filling a time slot. 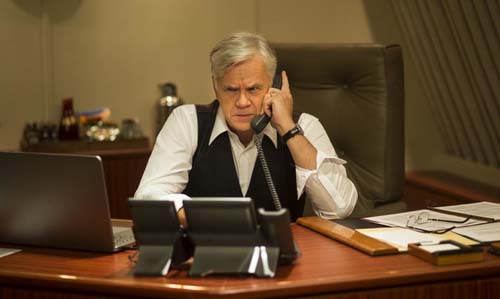 Most of HBO’s shows seem to have good ideas that segue into well executed triumphs of Twitter bait or troll food. Shows like Getting On and Girls may not be traditional network successes, but they have an enthusiastic and engaged following, for better or worse, and they keep’em coming back. That’s what sets HBO apart from other networks…it’s always seemed to be less about ratings and more about passion.

The Brink was created by Weeds veteran Roberto Benabib. Again, you might think that “star power” would win out, but it quickly devolves into a cock-eye jumble of frat boy shtick and low rent political satire. With an all to believable backdrop of Pakistan falling into chaos and global tensions rising, and the fate of millions of lives resting on the shoulders of a lazy, low level, moocher diplomat (Jack Black), a pill-popping, drug dealing, womanizing pilot (Pablo Schreiber), and a sex fiend, alcoholic cabinet official (Tim Robbins), you might think, “this can’t miss”. 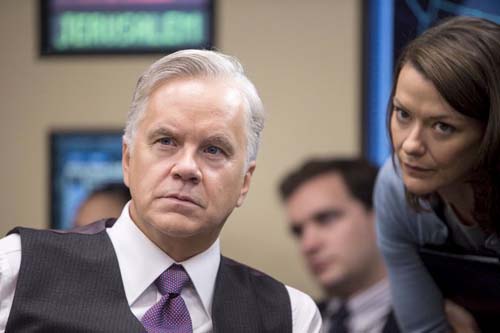 Unfortunately it’s less of a raw, edgy satire and more of a poor political rehashing of Arli$$ or Entourage. The show lacks the intelligence, nuance, and perspective to truly be good satire. It’s less about a sharp commentary on the fragile political world we live in, and more 1600 Penn (NBC) meets How to Make it in America (HBO) complete with over-the-top caricatures that would fit right at home in any classic b-movie.

That’s not to say the show is completely without merit. For as bad as the pilot episode was, there is clearly a lot of potential lurking just under the surface. The premise of this show is plausible, coupled with some strong actors and dramatic opportunities, The Brink could be a comedic diamond in the rough.

Robbins was chewing the scenery, but that was as much poor direction and stifled writing as it was Robbins’ performance. The potential growth of his character into the lovable jerk was already there as he bantered with his assistant and the other members of the President’s cabinet.

Although, the real gem was the interplay between Jack Black and Aasif Mandvi (Avatar the Last Airbender, The Daily Show with Jon Stewart). It’s a classic case of ignorant, arrogant American lost and alone in a strange place with only the down to earth, reluctant local to save him. 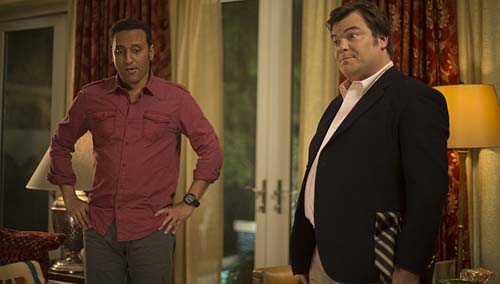 Their back and forth reminded me a little of Ari Gold and Lloyd in Entourage, but without Jeremy Piven to make it really sell it. There was a certain chemistry there though, and if Aasif remains on the show (IMDB only has him appearing in the pilot), his sharp, dry, witty delivery will play nicely off of Jack Blacks slushy, fast, low brow humor. They really could make a darling pair that would undoubtedly be able to carry the show, and if they find a suitable foil for Tim Robbins to play off of, The Brink could pull itself back from…well…the brink.

Jay Roach (Austin Powers, Meet the Fockers, Dinner for Schmucks) directed the first episode, and while some of the scenes showed vivid, real moments that both excited and entertained, the half-hour format only served to sap any momentum they where able to build. The writers and filmmakers simply don’t have time to generate any truly great moments with the characters, and the absence of those moments just makes the show feel awkward and lacking any real texture. 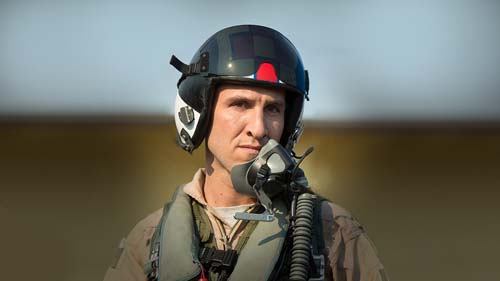 HBO has built its reputation on quality shows, so I would give The Brink a few more episodes to find its footing, but I suspect this is one of those shows that will soon be forgotten. When compared to shows like Veep and Silicon Valley, The Brink just seems out of place in HBO’s lineup. I guess only time will tell.

Did you see the episode? What did you think?