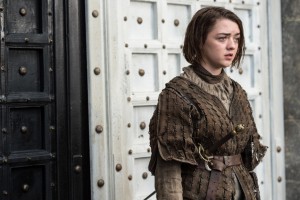 Game of Thrones fans are practically on the edges of their seats waiting for any glimpse of the upcoming season but the news that was broken today by the Belfast Telegraph wasn’t the type of explosive spoiler we were hoping for.

Police in Northern Ireland successfully foiled a terrorist bomb plot on the set of Game of Thrones today. So far, it is has been determined that the plan was set forth by the Republican terrorists, with the supposed target being the former security force members that work on the set. The bomb, made up of fertilizer with a Semtex booster. would have been left by the sets craft station, where these ex-police officers and security personal eat their meals during filming.

Information concerning these former military officers and police officers was leaked to the terrorists, with specifics regarding their lunch hour and their specific job titles and duties. Security at The Paint Hall Titanic Studios has since been increased and there is no word as if this will postpone any upcoming filming.

An informant discovered the plan and was able to inform the police in a timely manner, stopping the plot from becoming anything more than an idea of terrorism instead of the tragedy that would have occurred if it had been carried out.

Our thoughts and well wishes are with the crew and the police who managed to thwart what would have been a terrible tragedy. HBOWatch will continue to update with any new information regarding the plot.