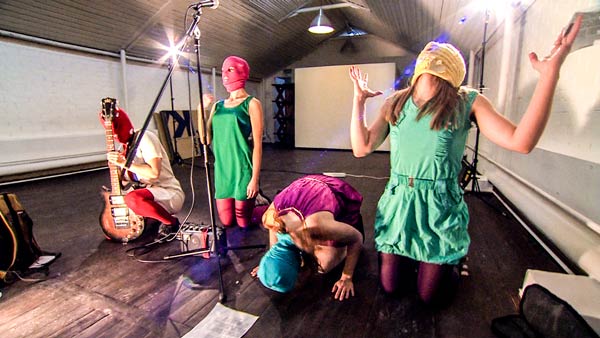 Overview: PUSSY RIOT: A PUNK PRAYER was a official selection of the 2013 Sundance Film Festival, where it received the World Cinema Documentary Special Jury Award for Punk Spirit. It tells the story of Nadia, Masha and Katia of the feminist art collective known as Pussy Riot. In Feb. 2012, they performed a 40-second “punk prayer” on the altar of Moscow’s Christ the Savior Cathedral which led to their arrest on charges of religious hatred, followed by a trial that reverberated around the world and transformed the face of Russian society. With unparalleled access and exclusive footage, this timely film looks at the real people behind the colorful balaclavas. Directed and produced by Mike Lerner & Maxim Pozdorovkin.

To get you buzzed up for this documentary here is an HBO Buzz Clip:

Expectations:  That above overview is cobbled from a couple of press releases and gives, in a nutshell as they say, the premise of the documentary that launches the HBO Summer Documentary Series. I know very little about the punk group and the complete story of what happened to them. I am sure many of you know more than I about the incident. I always meant to explore the story in detail l but never got around to it. Then, after I reported that the documentary was obtained by HBO I decided to wait for this documentary to give me the whole story.

And that leads to my expectations from the piece. It is simply the desire to be educated on what transpired. I want all the blanks filled in and the situation explained. I believe that is what the directors of the work want as well; to educate us on the significance of the incident in its entirety. Explain it to me. Just who is the Punk collective? Just what was the lyric of this “punk payer” and what did they hope to achieve with this performance? Also I need an explanation of the charges against them and the judicial proceedings and where this issue stands today.

Starving myself of the knowledge makes for a more interesting experience in watching PUSSY RIOT: A PUNK PRAYER. I hope it is a well thought out and concise documentary because I am counting on it to inform me properly. Bring it on; I’m ready to experience Pussy Riot! 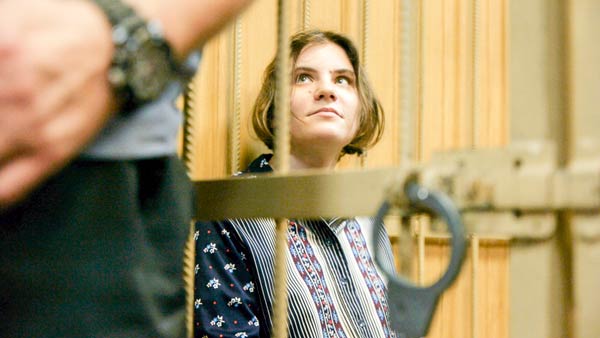 Gut Reaction: Well, I must admit at 90 minutes it was the complete story that I was looking for. I now consider myself among the informed. You must think I’m a hermit who lives in a cave watching HBO 24/7 for not being knowledgeable about Pussy Riot, excuse me, the “deranged vaginas” and the judicial process involving them. I had no awareness of the international outcry for their plight. I had no idea of their platform. I had no idea that Pussy Riot is credited with the “Occupy” movement.  I had no idea how overblown the whole situation had become. And I had no idea that I would actually come away not feeling outraged.

One thing I found missing in this very detailed film was a clear explanation of what the punk collective was. How large a group is it? How do you join? Do they all share the same agenda? Are the balaclavas used to conceal identity so these ladies can walk the streets with ease by day? I wasn’t even thoroughly convinced I understood the agenda the trio expressed in this film. I’m not even sure they are using their agenda effectively. As they stated at trial themselves what made them noticed and followed around the world wasn’t the 40-second performance at the altar but the media attention to the arrest, trial and verdict. America might not even of heard much of the incident if it had not been blown out of proportion the way it did. 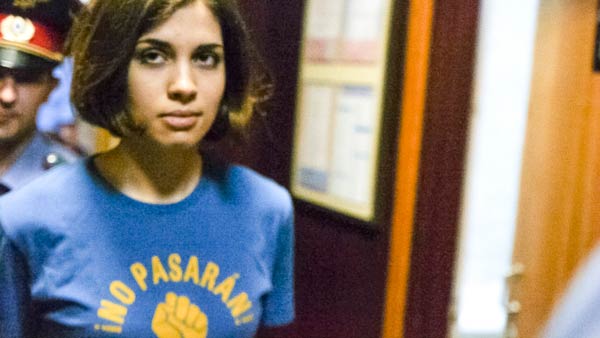 I don’t really have an issue with the cathedral performance but I didn’t think it needed to interrupt a Mass. Of course, that would set the ire of the faithful. That poor planning on their part did put the emphasis on hating the church instead of the on government which was their intent. If it was alright for these girls to disrespect the space to express their beliefs then it is alright for others to express their offense to the punk group’s actions. And if there are laws against disorderly conduct and disturbing the peace or inciting a riot than punitive actions should be taken. But, a long trial for sentencing what should have been misdemeanors is absurd – in any country.

In the end, I must admit, I did not feel a sense of great injustice. I was not outraged. Yes, Pussy Riot has a right to express their views; they should have freedom of speech. Yes, the judicial system had the right to take punitive actions, but only ones that fit the crime, of which these decisions did not. The truth of this world is that everyone must take responsibility for their actions and there are consequences for those actions. If you choose to play with fire and go against the norm then you will get burned and you will struggle. It happens even if the cause seems right; it happens even when it is about basic human rights. These young girls have learned that. It is an unsettling fact of human nature. The choice is to carry on the good fight and these ladies from Pussy Riot have learned that as well and that is why I’m not outraged I think. Simply stated, each side has their tactics and their opinions. One side should not give up their views on the behest of the other. You can hope that the enlightenment of the whole situation can facilitate a change for the better. 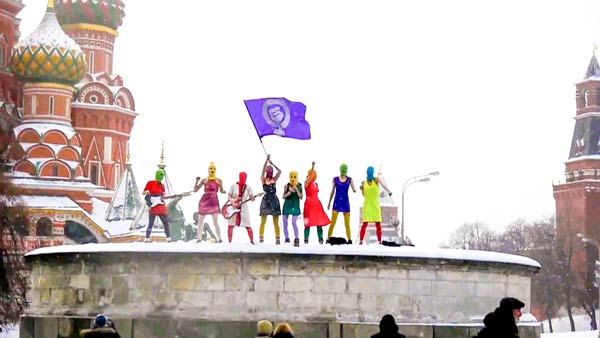 In Conclusion:  My views may be controversial or too vague for some but that is the way this documentary has left me. I was not moved even though it was a film that should easily be able to do so. I am surprised by my indifference as much as you are. I am sure that many who read this won’t feel the same way. I’m sure you will want to cry of injustice upon watching PUSSY RIOT: A PUNK PRAYER. The comments section is wide open for you to express your opinion. I hope you take the opportunity and give me a piece of your mind. I also hope you enjoyed the first of ten documentaries that HBOWatch will look at this summer.