Every Monday night for six more weeks HBO will premiere a different documentary film in an annual summer series. Each film will depict something totally different from the next. The first one premiered last week. It is time for a look at the next installment.  This post and the others that will appear after each documentary premieres will be a gut reaction response to the topic featured.

Overview: First things first, I never heard of the subject of this film that premiered the other night night (06.25.12). At least I thought I hadn’t. Upon seeing the poster for this documentary I did not recognize the person on it nor the name associated. To keep my interest piqued I decided not to research the subject beforehand and let the film take me where it will.

Expectations: Clearly it is to learn just what the fascination is with yet another nobody wanting their fifteen minutes of fame. Who is Chris Crocker and 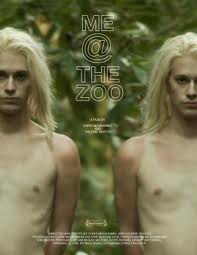 why should I care? I am sure HBO finds something in him that makes him a compelling personality or the piece wouldn’t air. Again, I have to think, HBO take me where you will.

Gut Reaction: My first internal response was a glimmer of recognition when I vaguely recalled the “Leave Britney Alone” video plea. I know it happened but never sought out to watch it myself or learn who made it. Apparently, it was Chris Crocker. Also quite apparent, upon viewing, is that this film is not what it says it is. It is touted as an examination of internet celebrity in this wired age. It even goes as far as linking the title to the phenomenon. The documentary tells us “ME @ THE ZOO” was the first video loaded onto YouTube.

This film was all over the place. It was part Google/YouTube ad; part Britney Spears recap; part meth user woes. But, to me, this documentary isn’t about all that at all. It is about a confused, hurt, misguided and needy young man named Chris Crocker. It is also about a creative, expressive and savvy Chris Crocker. Not everyone can or will open themselves up the way he has done online and in this film. He clearly feels the need to express and validate himself and who better than to an online anybody. Society fed him what he craved and it was a viscous cycle. By films end we see him older and more mature and trying to help his mother. But, who helps him?

In Conclusion: Now, I enjoy the device I use here to create posts for HBOWatch but it is something I can turn off and walk away 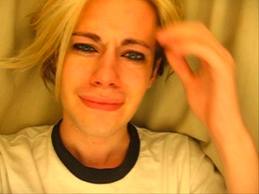 from. I am not enthralled or mesmerized by the Web and the notion of being connected to the world. In fact, readers would be surprised by the things I don’t do with my laptop or online. Hell, I have never even turned on my webcam! So it is alien to me that someone comes along who is strictly defined by his experience in the virtual online world. But here he is in Chris Crocker.  You know, he does not need to extend his ‘fifteen minutes of fame” he admits that by film’s end himself. The question, however, of whether his video chronicles were a form of therapy or part of the problem goes unanswered. What I walk away with in the end is not anything about the internet and its place in our lives but about when Chris is going to get some help. He needs to learn that it is alright to be, as he put it, the “faggot from Tennessee…with long hair.”

That ends this opinion piece. Now to turn this damn thing off.