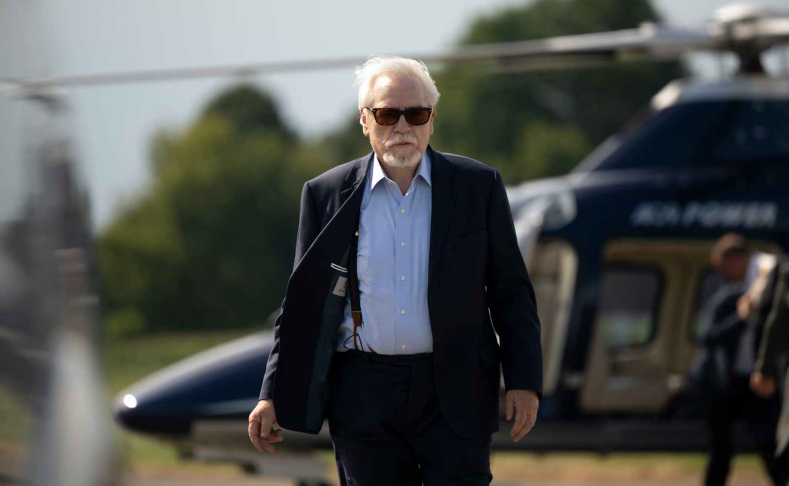 As the company helicopter traverses the Mediterranean, Logan Roy holds the same slight smile that closed out the chaotic Season 2 finale of SUCCESSION. It is a smile of shock, disgust, appreciation, and a myriad of other conflicting emotions. What troubles Logan Roy? The family patriarch’s second eldest son Kendall Roy has revealed that Logan knew about the years of misconduct and safety violations on Waystar cruises. The seamless transition from the previous season’s conclusion to this appropriately titled “Secession”, is a showcase of great continuity, direction and editing. However, this HBOWatch writer is most impressed with the honoring of a line of dialogue from Logan to Kendall in the third episode of Season 2.

“Historically speaking when I am betrayed, it is usually you”.

Team Logan and Team Kendall begin damage control. The elder Roy holds up with associates that he trusts the least (Tom, Karl, Frank, Hugo) in Sarajevo, a country that does not hold an extradition treaty with the United States. Roman, Gerry and Shiv are trusted to remain in New York; ideally to assemble the best legal team since the OJ Simpson trial. Kendall, Cousin Greg, and a pair of lower-level assistants set up camp at his ex-wife’s lavish Upper Manhattan high-rise condominium. Kendall is at a huge resource and personnel disadvantage until he acquires a high-profile attorney. This move is a detrimental blow to Logan’s plans and a stab to the heart of Kendall’s sister Shiv, for this attorney was a close friend. 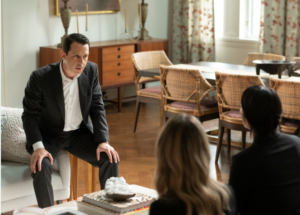 SUCCESSION is the gold standard of HBO programming right now. The series captures the high-level complexities of corporate espionage and federal escapades and the intimate dealings of a deeply troubled family. A family embroiled in a civil war. Season 1 represented the first phase of war; the dispute between two opposing forces. Season 2 did not fall into the dreaded sophomore, rather giving viewers the drawing of first blood between father and son. Season 3 is a full-fledged war. Logan Roy said in this very episode: “It’s War! Fuck off.”

Season 3 continues to have memorable humor sprinkled throughout the intense plot – Roman’s nervous and unfiltered quips, Logan’s less menacing tirades, and Tom’s insecurities help break the tension. Yet, it is Cousin Greg that is the true comic relief. How so? Let’s just say that his ability to discern between The Pope of The Catholic Church and a random Twitter user claiming to be a pope is hilarious enough to be in a Judd Apatow film. Anyway, the battle lines are drawn as we are once again pulled into the world of the Roy family. Pick a team and buckle up, it is going to be good.

The 9pm Sunday spot on HBO, has been the home of The Wire, Game of Thrones, The Sopranos, Six Feet Under, Chernobyl, and other highly revered original series and limited series.  SUCCESSION is worthy of this coveted spot.