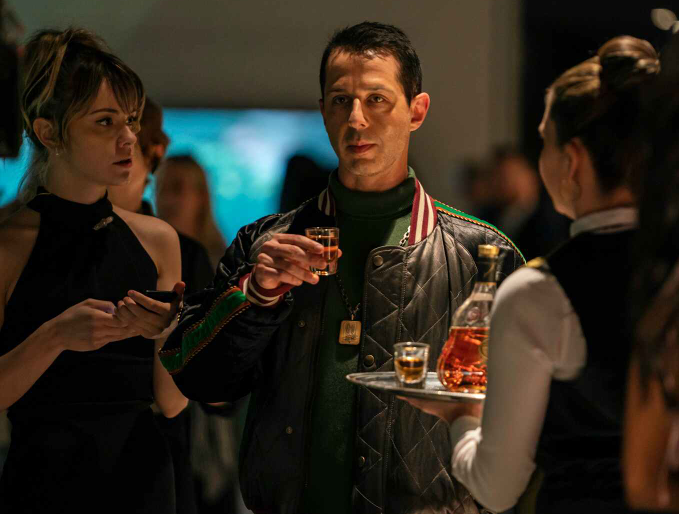 The Berenstain Bears and Too Much Birthday was a favorite book from many millennials’ early childhood. In this Berenstain Bear adventure, the birthday bear is overwhelmed with the amount of attention and excitement that comes with their birthday. SUCCESSION Season 3, Episode 7: “Too Much Birthday” is appropriately titled, for the unstable Kendall throws himself a brash 40th birthday party. A birthday party that ends with the host having a nervous breakdown and sobbing in the arms of a disappointed girlfriend. The plot only creeps forward in this episode, and this has been the case with SUCCESSION’s third season.  Yet, this series remains quality television programming, for its stark depiction of a world where blood is not thicker than water.

“Too Much Birthday” opens with an abrupt conclusion to a major thorn in the side of the Roys: The DOJ will continue its investigation, but will not pursue prison 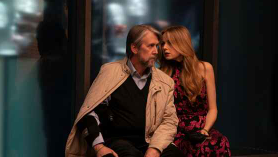 time for any of the Waystar board members. At the most, the loaded Logan Roy will have to fork over low seven digits in damages. Tom, ecstatic about the news, excuses himself from the conference room to destroy an unsuspecting Greg’s desk and computer. But Tom’s irate actions are not out of anger but out of deranged happiness. Greg and Tom are an unlikely alliance. Certainly, the latter has a history of undesired choices of words when talking to Cousin Greg. However, Greg is sympathetic and listens to Tom’s problems, unlike Tom’s self-absorbed wife Shiv. Make no mistake, Greg is no saint himself. He may not be as callous as his cousins and Uncle, but he shifts alliances between his grandfather, Kendall, and Logan to suit his needs. Greg once asked Tom to take the blame for his transgressions, if Tom were arrested. Yes, even fan favorite Cousin Greg is a product of the Roy lineage at the end of the day.

When asked if he will be in attendance, Logan Roy gives another variation of his infamous “fuck off” response. When Roman and Shiv state that they will go to the party for reconnaissance reasons, their father approves. Logan has his eyes on media streaming dominance, and the top businessman in that venture, Lukas Mattson, is at the birthday bash. Conor joins his siblings and after traversing security and an over-the-top welcoming committee they greet their quasi-estranged brother. Their first stop is a room with fake news posters, depicting the fates of the Roy siblings. 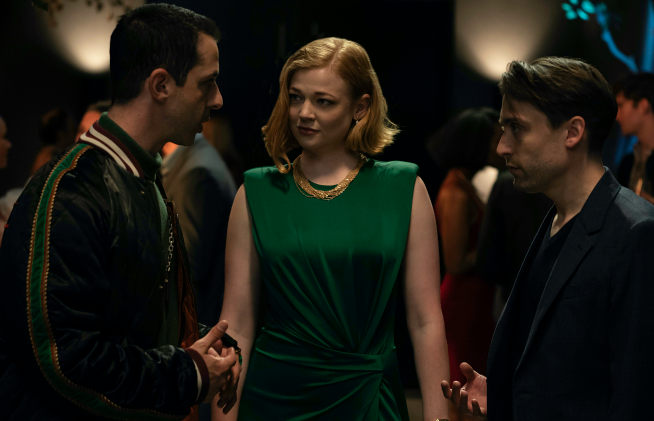 Everyone is amused except for Conor, for he is polling at 1%.  Although this constitutes 4 million of the US population, Roman, Shiv, and Kendall all find it pathetic. The laughs are short-lived after Kendall discovers that Roman and Shiv are there to poach Mattson to join forces with Waystar. The slick Roman is able to locate Mattson and convince him to have a talk with Logan.

CITIZEN KANE is another cultural reference in “Too Much Birthday.” This film explored the difficulty of understanding a person’s illustrious life after they die.  Kendall is celebrating life, but he is dying mentally. Kendall frantically searches for a gift that his children made, in a room filled with gifts that are as expensive as an average American’s monthly salary. In a scene that mirrors CITIZEN KANE’s infamous room trashing scene, Kendall tosses lavish gifts aside in a desperate attempt to find the only one that matters. Exhausted and defeated, Kendall collapses in the arms of his girlfriend. The camera pans out, showing not a loving and sympathetic woman holding her down-and-out man. We see a disappointed woman holding a privileged person who has been bested by all of his privileges.

Although mainstream media outlets are praising HBO’s 2021 Fall programming, the social media platforms that this reviewer has encountered, complain about the lack of story progression from INSECURE and SUCCESSION. Viewers complain that while Season 3 has its moments, it is just retreading material from the sophomore season. Although I beg to differ about the story progression, there are two characters that are gravely underutilized. Marcia Roy has only been prevalent in one episode, and she is one of the few characters that is not rattled by Logan. Marcia is the only character that Logan has not raised his voice towards. Sanaa Lathan’s Lisa Arthur is said to be NYC’s most influential lawyer, but her character is hardly present.

Too Much Birthday. Too Much Roy. Not too much time remaining in Season 3. SUCCESSION returns December 5, 2021 at 9pm ET on HBO.