The most important moment in the Roy family has finally arrived and gone and the family made it out mostly unscathed. Considering how things went for Logan (Brian Cox) on literally the one-yard line, I’d say he should consider himself lucky but I doubt Logan’s the type to ever consider luck. Au contraire, he’d rather blame Shiv (Sarah Snook) for weakening their position than celebrate her saving his ass. But now, they’ve all gathered to pick the next president. I’m sorry, let me elaborate, a bunch of wealthy Republicans shoved themselves in a room to decide who will be the next president of the United States. In all honesty, seems pretty much exactly how it’s done. But every Roy needs to speak their piece.

Shiv wants a middle ground. Considering she’s probably the only real Democrat in attendance (well, and Tom probably by proxy) her point is to find someone who has the populist vote. She’s not wrong. In today’s climate, someone who fights for the working class while also trying to create common ground could be show-stopping. On the other hand, Roman’s (Kieran Culkin) pick is a fascist, racist, fuck-boy waiting to happen and frankly, that’s got a lot of pull these days too.  Connor (Alan Ruck) wants, well, Connor. And it’s not actually the worst plan, he just doesn’t have any experience. And I doubt most working-class Americans are gonna vote for the rich boy who never really worked a day in his life. These days the American people want receipts for what you’ve done to make things better and Connor’s looking a little too big bank for that. Willa’s (Justine Lupe) even getting thrown around like bait but I was glad when she put her foot down. Don’t pimp out your girlfriend for support votes, Con. It’s not a good look. 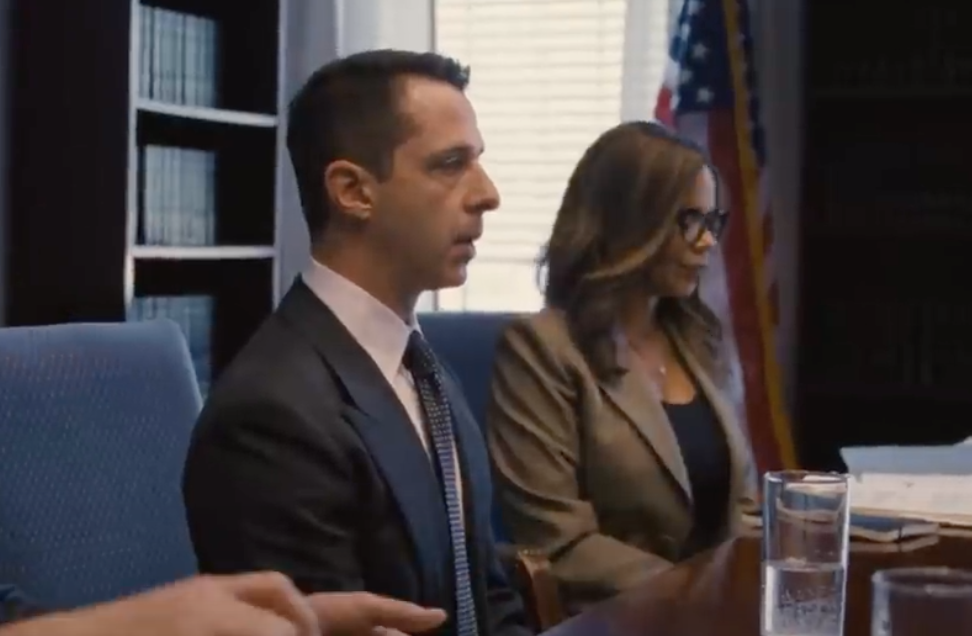 Kendall (Jeremy Strong) is the only Roy not invited. Aww, sad. But he’s got the DOJ to deal with and that’s just as scary as the current Republican candidates. It’s a shame he won’t actually shut up and listen, but how can he quiet his ego when he’s the biggest fuckhead ever?! Officially calling the ‘I hate Kendall Roy’ club to order. Thank you all for attending. Now, let us discuss this asshat and his poor decision of the week. Firing arguably the best lawyer in the city because she called your bullshit is some pretty weak sauce, Ken. When you’re being interviewed by the DOJ, you don’t get to call the shots. You shut the hell up and do what your lawyer tells you, but you especially don’t try and get pally-wally with the interviewers and glib. She called you out for exactly who you are and your ego was too bruised to handle a strong woman taking you down several notches. Are you smarter than her? Possibly, but you’re certainly not a better lawyer than she is, you dumb twat.

Tom (Matthew MacFadyen) is pretty obsessive about his prison time now and I get it. It’s the lingering doom cloud over your whole fucking life right now. Especially because it’s not for sure, but it’s likely, but you never know…so he’s basically just sitting, wondering, and waiting for his ass to be toast. It’s complicating his relationship with Shiv and what they both want for the future. Hard to consider she might not want to wait around for him even if it is only a year. They aren’t exactly the happiest couple in the world.  He’s got better chemistry with Greg (Nicholas Braun) in my humble opinion, but their dynamic is probably one of my favorite things to come out of HBO programming in a few years. And nothing was better than Greg being like “Yeah, please don’t elect Connor.” But even Tom has the best lines for Kendall because really Ken, you are nothing but a screw-up compared to your dad. And even if the veil falls on his reign, it’s probably gonna take you with it and I just don’t think you realize you’re probably not getting out of this scot-free. In the end, fascist fuck-boy gets the bill and I have a scary feeling about something between him and Shiv and not a sexy scary feeling. Just a scary feeling.