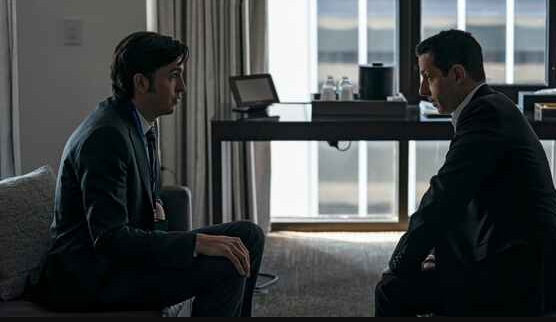 “Let Moscow know what Washington is doing, so we all don’t stumble into Armageddon.” These are the words of Frank Vernon to Kendall Roy.  Frank wants to make sure that the Roys do not lose the majority of Waystar stock during the annual shareholder’s meeting and is secretly keeping the ousted Kendall Roy in the loop. This is a 21st-century rendering of the keep your friends close and enemies closer proverb. This fifth episode of the season is this reviewer’s favorite episode this side of Season 2’s “Hunting.”

Retired Janitors of Idaho explores and expands the story arcs of nearly all of the series major characters. Shiv closes a major deal that keeps most of the stock in the Roy family’s hands. Discount Logan Roy, Roman Roy lackadaisically entertains the President of the United States on the phone, indirectly resulting in the latter’s decision not to run for office again. Tom has an awkward intimate moment with his father-in-law and wife. Kendall berates those who shunned him in a manner that is indicative of the man he loves/hates the most, his father. Regarding the patriarch, it is in this episode that Logan is the most vulnerable. Certainly, the DOJ investigations and shareholder uncertainties have the walls closing in on the world’s most self-assured CEO. But factor in a urinary tract infection of all things, and then we have a highly delusional and unpredictable Logan. When the source of the elder Roy’s delirium is uncovered it is the politically savvy Connor Roy that discloses that a UTI is a serious matter amongst the elderly. Connor reminds the Waystar committee and Roy family that “Reagan almost nuked Belgium” when the 40th President was undergoing treatment in 1986 for the ailment.  One must admire the Cold War references in this episode, for no blood, is being shed, yet the sheer number of legal proceedings and sanctions are on a mammoth scale. 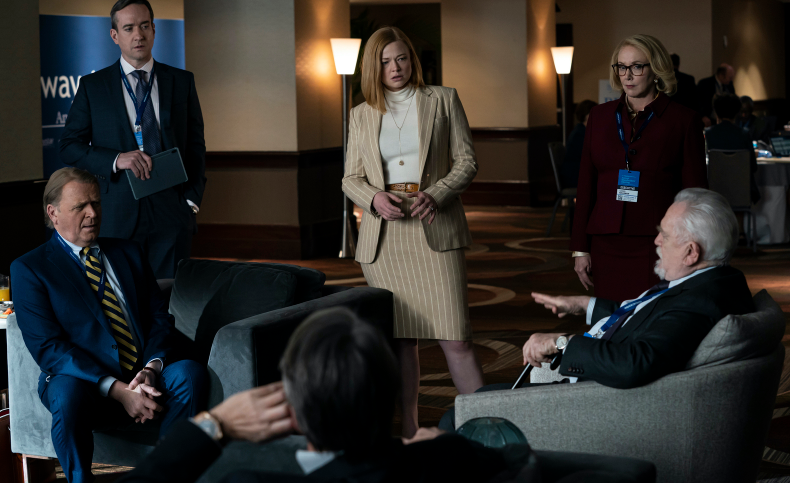 After medication addresses the UTI, Logan is slightly vexed at the sacrifices that had to be made to save the company. Although it was a collective effort amongst the family and close Waystar board members, Shiv was the facilitator. While attempting to have her father enjoy the moment, Logan goes into normal ‘fuck off’ mode. This is a man that has been 3x married, had each of his children displeased enough to have turned against him at some point (Ken is the biggest offender), and his own brother disowns him. That brother, Ewan Roy (James Cromwell), abhors the culture of the Waystar corporation. Even though he refused to vote to take control of the company from Logan (S1E5), he implored his grandson Gregory to stay away from anything to do with Waystar. Cousin Greg is so adamant to be in Logan’s inner circle that he risks a $250 million inheritance.

Ewan tells Greg that the inheritance will be divided amongst charities. What the hell is so appealing about the Roys that someone would risk a quarter of a billion dollars? I have no fucking clue. Greg is like Mad Men’s Pete Campbell, or Veep’s Richard Splett. He is that amiable character that exudes the awkwardness felt when someone is out of not only their comfort zone but entirely out of their league. The world of Succession reveals that being privileged is not all-encompassing. Wealth and power introduce more variables that lead to unwanted outcomes.

Armageddon is still on the horizon for the Roy family and all of Waystar. Will both sides lose everything and become janitors in Idaho? Succession returns November 21, 2021 at 9pm ET on HBO. We”ll be there, will you?