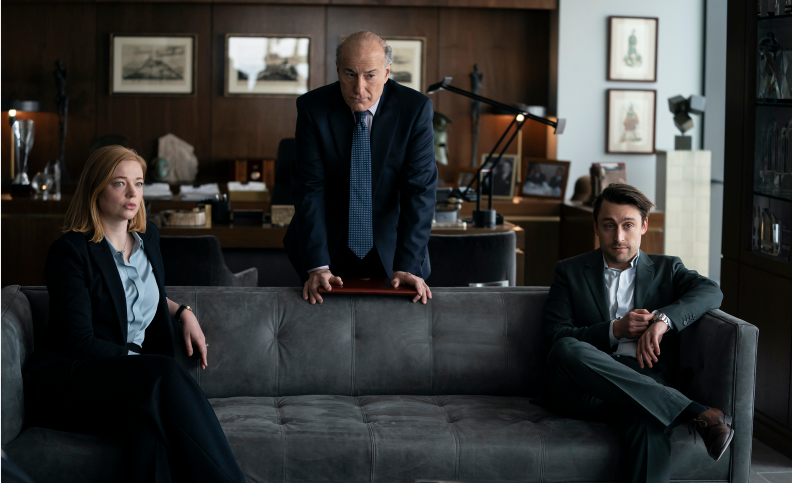 The depiction of the 1% has existed for decades within television. In the 1980s Dallas and its spin-off Knots Landing presented a grandiose portrayal of wealth and power struggles. The 1990s and 2000s continued awe-struck portrayals of the economically elite with reality television, whose titles are not worth mentioning. HBO’s SUCCESSION approaches the lives of the rich and famous from an entirely different angle. SUCCESSION’s hand-held cinematography, coarse but effective dialogue, and lack of concern for being politically correct, paints an unattractive picture of the wealthy. It asks viewers “Is being wealthy worthy”?  No episode in this sublime series asks this question more profoundly than “The Disruption.”

Kendall failed in luring his brothers and sister to his side in the previous episode. Yet this does not deter the second oldest Roy; he has a plan in motion to get immunity from the Waystar scandal with the DOJ. Kendall even managed to get Shiv’s high-profile lawyer/friend as his defense. The battleground is currently even with the father and son.  In this episode, it is Logan Roy who seems the most on edge.  Roy’s “*uck off”, “shut the hell up”, and other usually intimidating 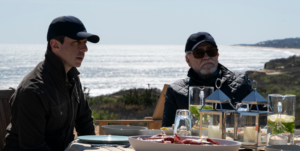 tirades do not have the impact of what viewers are accustomed to. We see a man shaken by irony.  That irony is that he always wanted to have a son that had the hubris to do what was necessary to lead his beloved empire. When Kendall dropped a nuke-of-a-revelation to the world, now Logan cannot be more regretful of what he wanted. Adding more fuel to the world’s biggest dumpster fire, Logan receives word that Kendall plans to come to the office. His counsel (children, board executives, and legal advisers) advise the old man not to fire Kendall. For this would strengthen Kendall’s case with DOJ. Logan acquiesces and Kendall arrives to no physical obstructions, but to cyber obstructions. Kendall’s access card does not work on elevators and must use the dumbwaiter (a metaphor that he is food waiting to be devoured) to ascend to an office that houses computers that his profile no longer can log on to.

Despite Connor and Shiv’s staunch loyalty to their father and Roman’s lack of confidence in Kendall, the siblings have not shown true animosity towards one another. Until now. Yes, they constantly trade obnoxious banter. However, these are impulsive responses due to living under their tyrannical patriarch. When Shiv attempts to give a speech on the state of the Waystar investigation, Kendall arranged loud music to play over her speech. Shiv is visibly hurt by her brother’s actions, prompting her to spit in items Kendall packed from his old office. 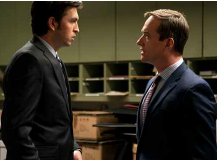 The Disruption is not without humor. Cousin Greg, whose loyalty ping pongs between the two opposing forces, makes his most memorable blunder thus far. Greg purchases a $40,000 watch that does not work. Kendall, who is pressed for time before a tv appearance, asks “what time is it”?  Greg responds, “it is the 18th century when watches didn’t work”.

The Disruption concludes with a haunting shot of FBI agents and computer forensic teams entering the Roy corporate offices. Logan is given a heads-up and tells his team to tell the FBI “to *uck off”.  Well, Mr. Roy, these are the people that you can’t tell to *uck off.  For the first time in the series run, we see Logan powerless.