Gearing up and getting into the nitty-gritty now that Succession is back on the air, I have some questions. Some big, big questions and I need them answered ASAP. How much control does Logan Roy (Brian Cox) still have over his company? Over his family? Because Shiv (Sarah Snook) is MIA and ding dang it all that makes Logan nervous. What else could he expect naming Gerri (J. Smith-Cameron) as CEO? I mean, Gerri has no qualms about what it really is; she’s not dumb.  But you can’t expect Shiv and Roman (Kieran Culkin) to be pleased, Logan. He’s starting to panic and needs some kind of reassurance. 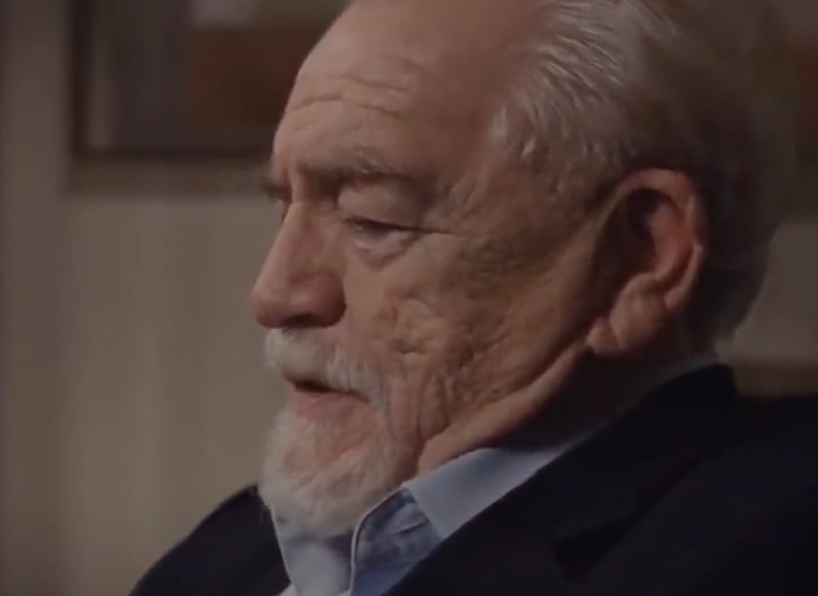 Another question: Is everyone out for themselves? This might seem like a dumb one, but really, Kendall (Jeremy Strong) is posing some big ideas for what he wants to do and how they can transform the company and keep it alive. He’s not wrong, they are king of a dying hill. Print journalism and news, in general, are changing and shifting rapidly with the advance of the internet and the digital age. Information is a commodity, as we’ve seen how disinformation can be used for nefarious purposes *cough Facebook cough* so really, staying in the information game is essential. But it’s time for another question, do the siblings trust each other enough to make it happen?

Kendall clearly doesn’t trust Shiv, because he’s not dumb. He probably takes it on face value that Roman admits to being on dad’s side which is entirely fair. Connor (Alan Ruck) – well he’s like the weird floater you’re not sure what to do with, but he’s the big brother and actually has a way of keeping the other three in check. He also wants to be president and I don’t exactly see that happening, so maybe keep your fingers in the Waystar pot for now, Con.  In reality, none of them really trust each other and yes, they are out for the best for themselves. Can they make it happen for the company and themselves?

Meanwhile, Greg (Nicholas Braun) is Team Kendall but towing a decent line about his involvement. He’s already been before Congress, but the reality is he’s all about ambiguity in his role. He saw Shiv going to Kendall’s so that’s nice ammo against Tom (Matthew Macfadyen) who is trying to rattle him while also towing his own line of ambiguity. All sorts of lawyers are coming at him from all sides, and thankfully he does the clutch move.  He calls Grandpa Ewan (James Cromwell) to get his perspective and he pulls through for him. I’m sure James Cromwell is such a warm, lovely actor but seeing him being standoffish gramps to overeager Greg was giving me such giggles.

“I love him, I hate him; I’m gonna outsource it to my therapist.”  That line from Ken really got me, because they are inextricably tied to him. They exist because of Logan’s DNA, but that doesn’t mean he was a good dad or even a nice one. He rules with an iron fist the way he sees fit and tosses back scraps when it suits him. He’s shaky right now though and knows he needs someone to help. Well, hello wifey, back from wherever you went. Marcia (Hiam Abbass) reenters the picture and does not mince words. I always liked her, but I really respect a woman who comes back, states the situation, and puts down her terms. Because her lawyer is right, these numbers that seem large would be much, much larger if she decided to file for divorce.

Back at new HQ or, rather, his ex-wife Rava’s (Natalie Gold) house, Ken wants to do things differently, except you need to also be different, Ken. Going down a negative, nasty spiral when you don’t get what you want isn’t going to help things especially if you want to try and get other people on board. In fact, here’s another question: Who thinks Ken is back on the Coke train? Me. I do! I have some serious questions about some of his behavior already this season. In the end, a box of donuts from daddy is all that’s needed to quash rebellion. He doesn’t even need to be there to be a menacing jackass. But, then he throws his scraps. Shiv will be president at the company; his eyes and ears everywhere, and if need be, they have a handy new CEO fall guy named Gerri. Welcome aboard, Shiv! Here’s daddy’s token for not jumping ship! While Roman states he’s firmly in camp dad, I actually think he’s more camp Gerri and what can these two accomplish together? With mischief, plots, and donut deliveries it all just proves to be another day with the Roy family.