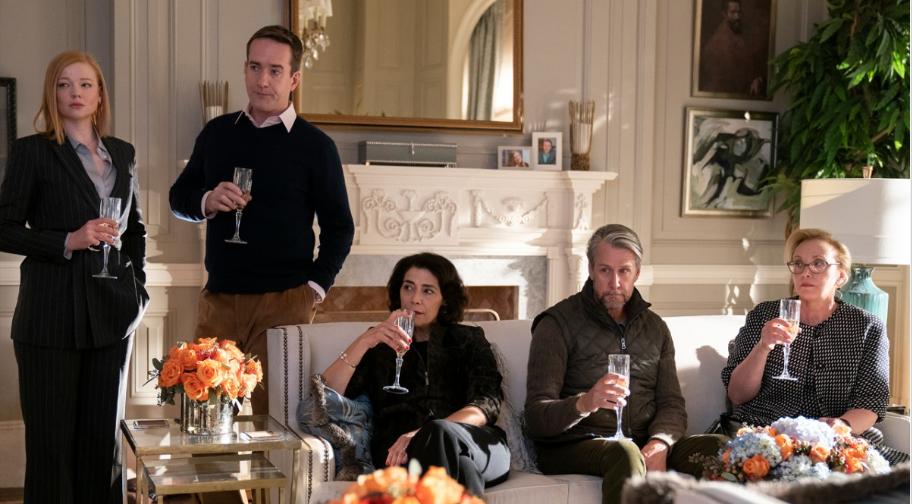 “Tern Haven” is a showcase of the 1% vs. the 1%; two Waspian families clash for being the sheer definition of the quintessential American Family. For the first time in Succession’s two season run, we meet a family so pretentious that the Logans seem down-to-earth and relatable. The Logans, of Scottish and Canadian descent, despite their accomplishments as a Media Conglomerate, have a shorter stint in business affairs, when compared to the New England bred Pierce family.  The Pierce family is cognizant of this advantage, and when Roy Logan and family arrive for a weekend to discuss the purchase of Pierce News, it appears that the Logan family patriarch may have finally met his match. On the other hand, we are referring to Logan Roy, an unstoppable force and immovable object masquerading as an elderly man.

Before their arrival to the Pierce’s, Logan Roy gives his family and board of directors a list of dos and don’ts. This is to be one of the most important weekends of their lives. Each Logan family member and employee is assigned a Pierce family member to sway into voting ‘yes’ to the Logan Conglomerate’s acquiring of Pierce 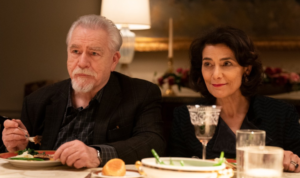 News. When Shiv is given her target, her father remarks that he is aware that she does not fully approve of this potential major purchase. However, she confidently responds “But it will be my baby soon.” Shiv is feverishly awaiting her father’s announcement that she will be CEO of the company, a critical plot point during one of the more tense moments of this episode. One person that does not receive any instruction is the Mrs., Marcy Roy. Logan’s wife was notably mute for most of the first season, and this remains true for season 2.  She predominantly speaks when she voices concern for Roy’s physical well-being, which he usually but uncharacteristically embraces.

Two black Sikorsky-76 helicopters take off from a Manhattan helipad, carrying the Logan family to the Hamptons based home of the Pierces. Upon arrival, it is immediate that the Pierce family, despite their posh appearances and demeanors, there is something immediately off putting about this family. The matriarch, Nan Pierce (Cherry Jones), on the surface is catering and kind. Yet, Nan is passive-aggressive and makes numerous underhanded remarks against Roy, his children and his employees. At one of the tensest and memorable dining scenes in recent memory, the Logans are questioned on every front of their professional and personal lives.  Nan Pierce insists that her family is all about integrity and virtue and implies that Roy Logan is solely of a capitalist mindset. Roy Logan staggers through the onslaught of sly insults after Nan states that a price cannot be put on what her family does in the News business. Roy Logan assertively replies, “Funny, I have put a price on what you do.”

The apex of the episode happens when the Pierces push Roy Logan to name his successor. After sidestepping the question like a seasoned NFL running back, Shiv interjects and tells her father to say that it will be her. This vexes Roy so much that he screams at Marcy for the first time, when she asks her husband if this is true. Nan Pierce says that she will sell the News empire at the $24 billion the Logans are offering, if Shiv indeed runs the company. Nan Pierce believes that Shiv would best represent her families’ brand and legacy. Logan rejects the conditions. Throughout this block of programming, the Pierces constantly made references to William Shakespeare and Walt Whitman. Therefore, it is fitting that Roy Logan leaves by stating that his favorite Shakespeare quote is. “Just take the fucking money.” 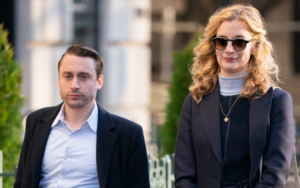 As with most episodes, Tern Haven was driven by Roy Logan’s actions, but we are treated to a rollercoaster ride of comedic and dramatic events.  Kendall Roy nearly (but thankfully not) embarks on a cocaine-induced helicopter ride with a Pierce family member that is also a recovering addict. Roman Roy has an unbelievably weird but non-touching sexual escapade with a member of the board of directors. And cousin Greg ascends from that moniker to ‘Gregory’, after delivering news that the Pierce family is going to take the’fucking money.’  It is evident that the writing staff of Succession is well-versed in popular culture, literature and the temperament of audiences. Despite low-viewership numbers, Succession truly builds on the Home Box Office brand of quality programming.

Here is a look at what is ahead: