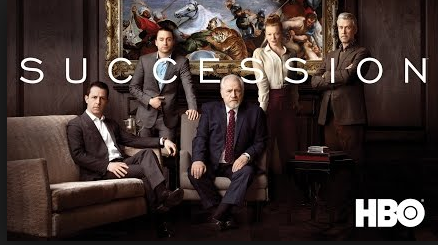 If this 1-minute 13-second tease for Season Two of the HBO series SUCCESSION is no indication of exciting entertainment post-GOT then I don’t know what is. You have been following the power plays of the Roy family, right? In case you haven’t straight from HBO comes this information to get you up to speed:

The Roy family – Logan Roy and his four children – controls one of the biggest media and entertainment conglomerates in the world. This series tracks their lives as they contemplate what the future will hold for them once their aging father begins to step back from the company. Logan Roy (Brian Cox), the tough, powerful, aging patriarch, is head of Waystar Royco, a family-controlled international media conglomerate. He is married to his third wife, Marcia (Hiam Abbass), a loving, formidable partner. The Roy family, which includes troubled former heir-apparent Kendall (Jeremy Strong), his outspoken, fun-loving brother Roman (Kieran Culkin), and his savvy but conflicted sister, Shiv (Sarah Snook), jousting for power as they struggle to retain control of their father’s empire. While the future looks increasingly uncertain, it is the past that threatens to ultimately destroy them.

Beginning where season one dramatically left off, season two follows the Roy family as they struggle to retain control of their empire, and while the future looks increasingly uncertain, it is the past that threatens to ultimately destroy them. The season left us with Kendall attempting to buy out the business out from under everyone at a most inopportune time which dramatically backfired. Here is our take on that Season One finale. That leads to the following and more –

Poor Kendall is now persona non grata with the family. Will he be able to redeem himself in Season Two? Which sibling is going to really kick him when he’s down to get one rung up the ladder over him? And to what length is patriarch Logan going to go to keep it all under his control until the day he names his successor on his terms and no one else’s? It will all play out when SUCCESSION returns to the lineup in August. We will, of course, let you in on the exact premiere date & of any further trailers as they are known.