I know, I know, you are starving for news about your favorite shows which have been delayed due to pandemic protocol. I also know that one of the shows has got to be SUCCESSION. That’s is why we share this casting news regarding recurring characters making it into Season Three of the eagerly awaited dramatic series on HBO.

Getting right down to it we announce that Sanaa Lathan, Linda Emond and Jihae have got screen time. This also reaffirms that SUCCESSION is safely in front of cameras now so, we should see the award-winning series this coming autumn. It seems that the three women will play key advisors to the Roy family. First, you’ve got to remember that something big went down during the end of Season Two. Brian Cox’ Logan Roy gets thrown under the figurative bus when his son Kendall Roy (Jeremy Strong) lays major blame for Season Two’s crimes all on him in a public announcement. So, Logan needs to rally some advisers in the coming season to get out of the mess? 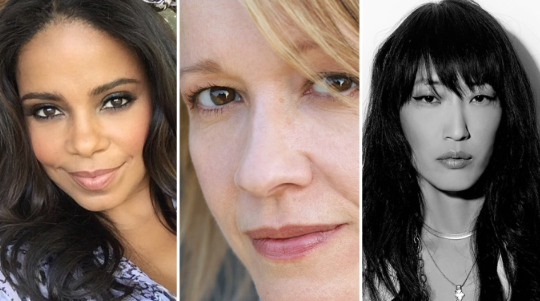 That just might be the case as Lathan will play Lisa Arthur, a high profile well-connected New York lawyer. Emond portrays Michelle-Anne Vanderhoven, a senior White House aide. Jihae is Berry Schneider, a leading Public Relations consultant. The battle for the Roy Empire still rages and some smart heads from outside the family would not hurt. These tough ladies just might aid someone in the family, but who will they assist? Logan may be in the hot seat when the new season begins, but as we have seen, the tables can quickly turn. Lathan was last seen in 2019’s The Affair and has done animated voice work including as Catwoman; Emonds recurred her The Good Wife role recently in The Good Fight and you might remember her from Cinemax’ THE KNICK; Jihae was in 2018’s Mortal Engines and the TV series Mars. Now they are adding SUCCESSION to their resumes. We will keep you posted whenever we hear more from this series. Stay with us.