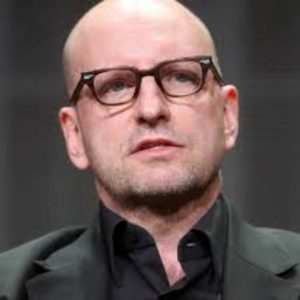 Steven Soderbergh, of HBO’s BEHIND THE CANDELABRA and Cinemax’s THE KNICK, has been quietly working on a project called MOSAIC for a few years now. Exactly what it is all about is now becoming clear. We pull excerpts from a Film Comment interview to get those details.

Steven Soderbergh: It’s a branching narrative piece. Branching narratives have been around forever, but technology now allows, I hope, for a more elegant, intuitive form of engagement than used to be possible. We spent a lot of time on how you touch this thing. I wanted to make sure that it was beautiful and simple so that when the opportunity arises for you to decide whose perspective you want to follow, it feels organic and not like an interruption—like the thing is just stopping cold. So there was just a lot of trial and error about how that would work. I’m really happy with it now. The question now is if a million people log on at the same time, will it crash? It’s supposed to come out in November.

FC: Is there a movie or just an app?

SS: There will be a linear episodic version that’s set to air on HBO in January, but ideally going forward, it would just be an app. I offered HBO the possibility of doing a linear cut because I needed more money to develop the technology. I called them and said I have a lot of material that’s not in the app; “I can cut a six-hour episodic version of this that will be its own thing.” And they said, absolutely.

FC: Do you want to say what Mosaic is about?

SS: It’s a murder. Not a murder mystery so much. There are two different time frames, one contemporary and one four years ago. This case that everyone thought was solved gets reexamined with interesting results. So you get to go back and forth depending on who you want to follow at what point. It seemed to be a kind of story that benefited from this multiverse perspective. The writing and the editing of it was tricky. The giant board that Ed and I had was a real head-scratcher.

So, to wrap your mind around it a little better here is the gist. MOSAIC is a story that is viewable via two formats, as a downloadable app and via HBO. HBO tells one narrative of the story in six one-hour episodes. The app allows you to choose different viewpoints to get the story told. The big misconception is that the viewer controls what happens. The fact is that the outcome of the story is always the same, but the choice is up to the viewer as to how the story is told. Basically, you are playing with the order of the scenes only.

HBO, of course, will have one fixed narrative to follow, though it will likely provide access to the app to ensure fans a totally immersive experience. We eagerly await MOSAIC.