When I first learned I was covering this particular episode I focused on the simple description that accompanied it – Kirsten goes back to the apartment she once shared with Jeevan and Frank. What?

Yeah, I was pondering why she would go way off The Wheel and return to Chicago. Then, upon watching #6, “Survival Is Insufficient”, I thought surely the Red Bandanas that captured her weren’t HQ’ed way back at the apartment. So, how & why does she return there, and to what end? I should have known, being the type of show that it is, that Kristen was not literally going back. It is explained easily enough, but the questions still remain. 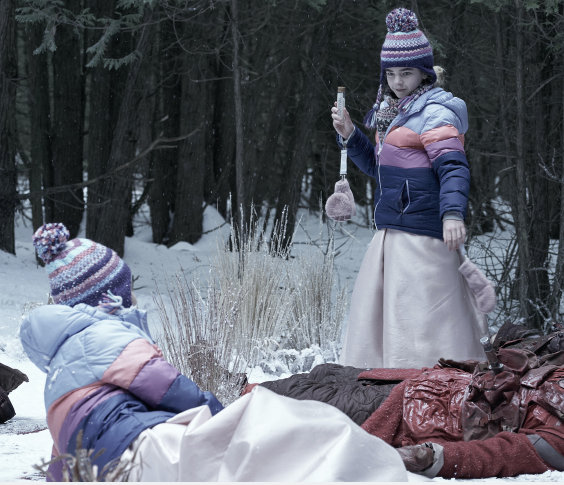 Kristen’s attackers have poisoned her. She is down, vulnerable, and in need of medical attention if she is to survive. As a result, her mind wanders and her younger self appears in the woods where she dropped. Her younger self leads her back to Frank’s high-rise apartment. But why? Even as the story unfolded, I was stuck on that question. Why did she need to revisit those memories? We obviously needed to see what transpired at Frank’s to fill in the gaps of why Jeevan and Kristen left the space and without Jeevan’s brother. But, why did Kristen need to revisit?

Well, this ends up being a story about trauma and how, if experienced at an early age, can affect and shape one’s adult life. What happens at Frank’s clearly added to the traumatic moments in Kristen’s formative years enough so much that in her older years she sought to reexamine and overthink it over and over. She even, evidently, desired to alter her past reality so that her life would have turned out differently. In this dream state, she wanted and actually did, tell her younger self to leave the apartment one day earlier than she did and if she would just have done that, Kristen would be better for it.

So, what happens? We just don’t see the story play out but we see older Kristen watching it all play out as if she were there and even talked with her younger self. Of course, there was no real-time travel and no alteration of her reality. I won’t spoil the episode but to say that little Kirsten, while being holed up, wrote a play 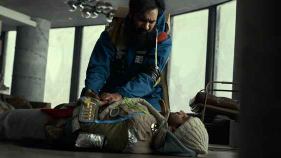 based on a plotline from the “Station Eleven” comic and wanted Jeevan & Frank to act it out with her. They needed to leave the building because they ran out of food and there was no heat and they needed to just move on. But Kirsten wanted to stage the play first and so they did. Having lingered longer because of it an intruder arrives, brandishing a long blade, takes Frank’s life. He died all because Kristen wanted to act out her play and becomes a burden she carried ever since.

There is quite a bit of interesting subtext to the whole episode of course and a solid backstory about Frank and his relationship with Jeevan and Kristen. The scene they act out and a rap song Frank creates are well pinned to it all as well. So, in her poisoned state Kristen relives this moment. She blames herself for Frank’s death and tries to warn her younger self to avoid it to no avail. But, at least, she is able to say, goodbye to Frank and her damaged home. As we see her by the episode’s end, all she has is these unavoidable memories and the knife that took Frank’s life. 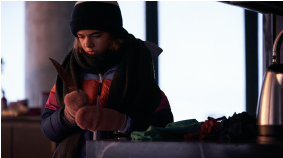