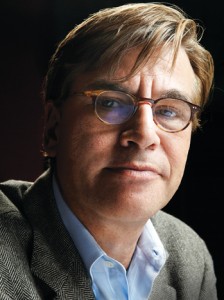 Jef takes a look at several HBO programs that are set to air on HBO soon and speculates as to when we might actually get to watch them!  For all of the most current HBO premiere and air times check out our newly revamped HBO Schedule page.

I know it is awfully early to speculate what is going to air on HBO a year from now, but there is an available timeslot HBO needs to fill.  HBO has a history of slating new series to premiere in March/April; TREME, IN TREATMENT and DEADWOOD premiered during that time of year.  Back in March 2006 HBO started a show that lasted five seasons.  It was BIG LOVE.  After it was cancelled the channel was looking to fill the slot and gambled on a show called LUCK.  It was a short streak of bad luck that has ended that show after just one season.  So HBO now needs a show to take its place in the spring of next year.

Just what could it be? It is too soon for even HBO to say but we can look at some projects that are in various stages of development and wonder if they might be what we are watching next March through May.  The one show we can out-rule is Aaron Sorkin’s THE NEWSROOM.   It is expected to hit the airwaves in June of this year. One source, the Internet Movie Database, even has an exact premiere date of Sunday, June 24th. 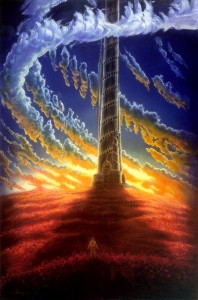 Stephen King’s DARK  TOWER has had recent buzz for both a movie and a series.  Since it is based out of Warner Bros. it looks promising for HBO.  But would the movie shoot first? It is safe to say that we won’t see this project in the first quarter of 2013. Actually, there are quite a few projects that we have heard very little about except a vague “in development.”  Supposedly, Ron Howard has a western; Ben Stiller has a D. C. set drama and James Gandolfini has a series in the works.  If I had my preference I’d be eager for it to be AMERICAN GODS from the mind of Neil Gaiman.  I doubt if it is likely to be the one as this work hasn’t had any new buzz for quite awhile.  Besides, its plot seems quite daunting to execute.  Can it be ready in time?  No, I don’t think so.

I will, however, offer a guess of which series will premiere in the spring of 2013.  The show will either be THE CORRECTIONS based on the bestselling novel by Jonathan Franzen which seems to have cast & crew all lined up or THE VIAGRA DIARIS from Darren Starr, once a replacement for Goldie Hawn gets on board.  Oh, and I would be remiss if I didn’t offer one more guess – it could be a series completely off the radar or maybe, HBO won’t offer a series at all and give us a strong mini-series instead. Whatever airs I’ll be there and so will HBOWatch.

We’ll just have to wait and see what develops…. or you can continue the speculations via your comments.