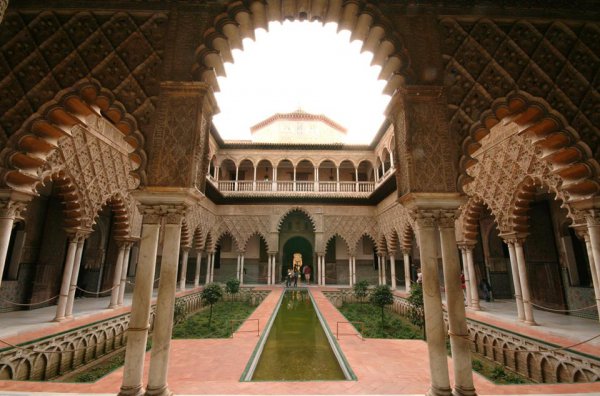 The U.S. ambassador to Spain and former Vice President of HBO, James Costos, has confirmed that scenes for Game of Thrones Season 5 will be shot in Spain. This comes fast on the heels of confirmed rumors about scouting in the area.

To be exact, The Alcázar of Seville (pictured above) could serve as the Water Gardens of Dorne, where the late Prince Oberyn Martell’s older brother, Prince Doran, spends his time. It is also likely that the country will host the filming of scenes in Sunspear, the seat of House Martell.

The Alcázar is a Moorish-built castle whose construction dates back to the 1300s, so it would seem to be a perfect fit for a Dornish landmark.

Here’s the official word from HBO:

HBO is pleased to confirm that a portion of season five of GAME OF THRONES will be shot on several natural locations in the Province of Sevilla.  Specifics on the locations will be announced closer to the time of production.

UPDATE: Here’s a video of Mr. Costos explaining how he encouraged filming to take place in Spain (Spanish dub):

Game of Thrones Season 5 premieres in Spring 2015. We’ll provide the exact air date as soon as we have it.