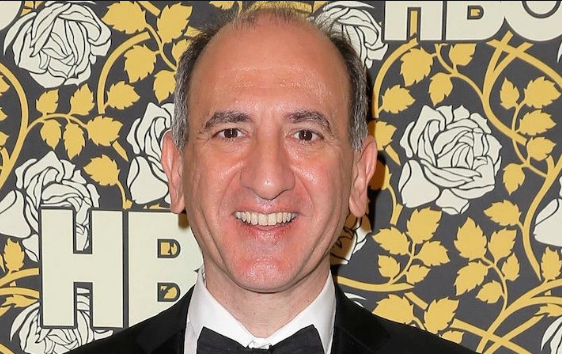 It was way back in October of 2017 that we mentioned that VEEP creator Armando Iannucci had chosen the concept of AVENUE 5 as his next HBO project. As we told you, the U.K. gent stepped down as showrunner of VEEP after Season 4 to continue on other projects closer to home. It was almost a year later, in September 2018, that the concept had fleshed out more and a pilot episode was ordered and that Hugh Laurie was cast as the captain of the Avenue 5 in that pilot.

Well, now news as dropped that HBO has indeed picked up the show to series and we are eager for it. AVENUE 5 is billed as a space tourism comedy set 40 years in the future when the solar system is everyone’s oyster. The cast & characters, as we know it, breaks down like this – Hugh Laurie is Ryan Clark, Captain of space cruise ship Avenue 5; Josh Gad plays Herman Judd, the billionaire face and name behind Avenue 5 and the whole Judd brand, including hotels, fitness clubs and space tourism; Zach Woods is Matt Spencer, Head of Customer Relations; and Nikki Amuka-Bird portrays Rav Mulcair, Head of Judd Mission Control on Earth. Rebecca Front is Karen Kelly, a born leader who illicitly boarded Avenue 5 using her sister’s non-transferable ticket. Also involved is Lenora Crichlow who plays Billie McEvoy, the second engineer; Suzy Nakamura is Iris Kimura, Judd’s right-hand-woman and Ethan Phillips portrays Spike Martin, an elderly space enthusiast and former astronaut who is a grizzled womanizer and heavy drinker. That sounds like an interesting group.

Before we kind of formulated AVENUE 5 to be more VEEP plus The Orville but it might be more VEEP plus The Love Boat. It is hard to call without seeing any footage yet, but all we know is if it is Iannucci it is going to be filled with whip-smart wit and heavy satire and the classic Laurie smirk. Hopefully, we ‘ll see AVENUE 5 in 2020.