Seasons change and when they do the series HBO offers change with them. We already have our sights on the summer series THE NIGHT OF, BALLERS and VICE PRINCIPALS, but are eager to know what comes our way later in the year. We are already got a trailer for WESTWORLD and now get our first substantial look at three other series is in the wings. So one by one let us get a look at DIVORCE, INSECURE and HIGH MAINTENANCE.

The half-hour comedy series DIVORCE, which plays its first season out over ten episodes, stars Sarah Jessica Parker as Frances, a woman who suddenly begins to reassess her life and her marriage, and finds that making a clean break and a fresh start is harder than she thought. Thomas Haden Church is Robert, the other half in the equation. The show also stars Molly Shannon & Talia Balsam as Diane and Dallas, respectively, two close friends during the ordeal. Sterling Jerins plays Lila, the daughter of the unhappy couple. The show also uses Tracy Letts and Charlie Kilgore.

As the clip proves these two waste no time getting to the point – divorce is the best solution. Exactly why that is the case will take a season to reveal I think. We won’t know why this marriage is heading into dissolution until we get revelations or flashbacks that show what lead to the titular decision. Certainly it is not just because of a mustache!

The crux of it all, of course, will be the drawn out divorce process and just how the comedic timing of it all will keep us laughing. We await Sarah Jessica Parker’s return to HBO this Fall.

The half-hour comedy series INSECURE is not one we have heard a lot about but HBO is sure that Issa Rae has something to say and so the black woman’s perspective will be heard this Fall. The premiere season offers up eight episodes. We now get our first clip:

Ethnicity is in the house with this one and you can feel it from the get-go and it is alright. You can also sense the pattern even in this quick-cut edit. There are a few moments where insecurity is prevalent, especially in the classroom, and then that feeling is attempted to be displaced by a shot of humor as if to just laugh it off. That just might be the way this gal gets through life; look at the show’s title again if you don’t believe that. It stars Issa Rae, Yvonne Orji, Jay Ellis and Lisa Joyce and it looks at the friendship of two black women and their uncomfortable experiences and racy tribulations. Created and executive produced by Issa Rae, the show is also executive produced by Prentice Penny, Melina Matsoukas, Michael Rotenberg, Dave Becky and Jonathan Berry. Larry Wilmore serves as a consultant.

Is she going to be alright? Yeah, we think so but we won’t know for sure until the Fall schedule.

The half-hour comedy series HIGH MAINTENANCE originally started out as a web series and HBO is making six original episodes of its own for the channel. The story follows a Brooklyn pot dealer who delivers to clients with neuroses as diverse as the city. The show stars Ben Sinclair as “The Guy,” a friendly pot dealer whose clients include an eccentric group of characters, revealing the dynamics of their lives. From the unexpected and offbeat to the predictable and mundane, the series provides a glimpse into the daily routines of the customers and how they light things up. Here take a hit off of this newly dropped tease.

That was a quick hit, but we get the buzz. This series is smart in that each episode (only six?) can de as diverse as the number of people in NYC who need such a delivery to their door. Surely “The Guy” will have all kinds of customers. The trick is to find enough repeat customers to make this series interesting. Ah, perhaps that is why there is only a half dozen episodes. In addition to presenting new episodes, HBO will also make the previous 19 episodes, which originally debuted on Vimeo, available later this year on HBO, HBO Now/GO. Oh, well that works. Check it out this Fall.

Are you looking forward to any of these? Let us know below and keep an eye out for exact premiere dates forthcoming. 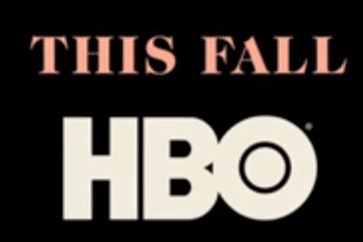