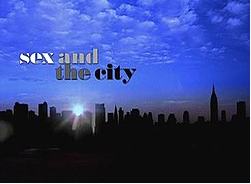 I called it! I wasn’t really all that serious when I pitched, in this post, the following questions – “What, are they going to lure Dunham for more GIRLS or SJP for more SEX AND THE CITY next?” Well, what do you know, yes, they are, at least Sara Jessica Parker’s return. It seems preliminary proceedings are in the works to revive the tales of the fashion-focused Carrie Bradshaw and friends. It is planned as a limited series for HBO Max. 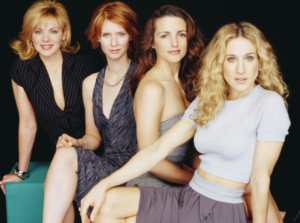 You do remember the classic SEX AND THE CITY, right? The lives of four confidantes in NYC and all the loves & social issues within their bubble kept the attention of HBO viewers for six seasons (and two theatrical releases). The half-hour show ran for 94 episodes between 1998-2004 and gave us Carrie (SJP), Miranda Hobbes (Cynthia Nixon), Samantha Jones (Kim Cattrall) and Charlotte York (Kristen Davis) plus a rotating cast of lovers and couture. Deals are falling in place for most of the quartet to participate making the work technically not a reboot, but a revival.

Due to the noted history of the production, it is unlikely Cattrall will appear and there is no word attached to the announcement that show creator Darrin Star or writer/producer Michael Patrick King are involved. I can see Parker wanting another gig at WarnerMedia after DIVORCE concluded and it would be great to see a show with older women carrying the plot, but these now older actresses in SEX AND THE CITY? I just don’t think the tone would be the same as the original run. If it were indeed rebooted with a new, more diverse cast to reflect the current day & age that might hold up better. What do you think? Will you have a Cosmo in hand when this show resurfaces?

So, dare I ask, what is next? Are we going to see the return of ARLISS or OZ next? No, no wait, CARNIVALE? We’ll keep you posted.