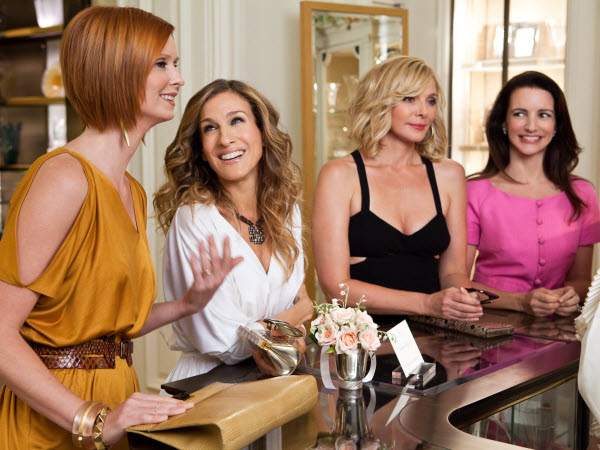 Like an ex boyfriend who you dumped for all the wrong reasons, Sex and the City keeps a niggling place in our hearts as one of the great television experiences of the past 20 years.  After season 6 ended in 2004, news quickly broke of a Sex and the City movie followed in short order by a second, less favorably reviewed Sex and the City movie. But what about Sex and the City season 7? Could we really be returning to The Big Apple for another adventure with Carrie and the Gang?  Impossible, right?  Think again, SatC fan.

Micheal Patrick King, creator of Sex and the City and HBO’s comeback series: The Comeback has been promoting the second season of his new show this winter.  Speaking to reporters,  King said this:

“With the new streaming service, all bets are off, there’s a chance [for more of The Comeback and Sex and the City], but I have no idea what the streaming world will be like. Look, television’s like the Wild West now. People are shooting guns off like, ‘Pop! Pop! Pop! I’m on the Planter’s Peanut channel!’ It’s so crazy how many different ways you can play this game. Right now, I’m still editing the Comeback finale. I’m still worrying and working on the last version of this incarnation of The Comeback. We just wanted to make sure we told that part well, and sure, we’d love to do more, but we have not dared to think about it yet. And as far as Sex and the City goes, the mere fact that it is still so alive, and not just on the gym TV’s, not just on the Precor, but that people are still wondering about these girls, you never know. It could come back at some point. All bets are off.”

Needless to say: this would be huge… maybe even as big as a potential Sopranos prequel. But how likely is it? Is MPK just teasing us as he promotes his latest show? There have been real rumblings about a potential third Sex and the City movie but a 6-10 hour series of episodes, a Sex and the City season 7 if you will, is a totally different commitment.

Is there another story to tell? Are you still interested in these girls and what they’re doing in their later years? The story would be a different one with Carrie married, Samantha aging, Charlotte with kids and Miranda settling down but maybe there’s a new type of series in there somewhere.

What do you think Sex fans? Are you willing to venture back into Carrie’s world?