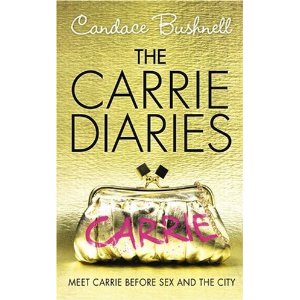 Candace Bushnell’s Sex and the City prequel novel, The Carrie Diaries will in fact be made into a full fledged series for television;  just not on HBO.  The long rumored series was finally confirmed this week to be premiering on The CW, a network owned in part by the parent company of HBO, Time Warner.  The series will be based on a book The Carrie Diaries, which was penned by Sex and the City writer Candace Bushnell and opens with Carrie starting her senior year in a small town high school in the 1980s.  Only a handful of characters from HBO’s hit series are actually in the novel so it remains to be seen whether or not your favorite characters (or possibly even actors/actresses) will make it to the screen.

“I think it’s wonderful that people want to hear Carrie’s story, and I understand.  Peter Roth, [President of Warner Bros. TV,] is smart and wonderful and funny and I’m sure it will be in excellent hands,” Sarah Jessica continued.

No premiere date has been set but a pilot for the show will be shot later this year.