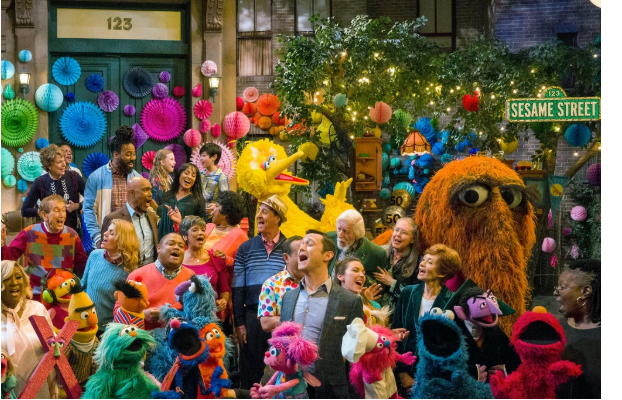 WarnerMedia is shuffling its kid’s programming around. Is that a good thing or a bad thing? Right now, HBO has past seasons of SESAME STREET on the main channel on Saturday mornings and is still parked on the streaming sites HBONow/Go. HBO will carry the upcoming 50th season of the educational children’s programming as it has beginning sometime in November and running into July of 2020. After that the series and ESME & ROY will reside on HBOMax instead.

What does that mean for HBOMax, HBO and PBS? The last thing any nurturing and caring adult would want is for children to be deprived of this long-standing educational Muppet-fest that laughs and sings and teaches tots in their formative years and has done so spectacularly for decades. So, what is in store for youngsters when HBOMax takes the franchise? There are big plans it seems as the new streaming service wants a well-rounded package for its subscribers 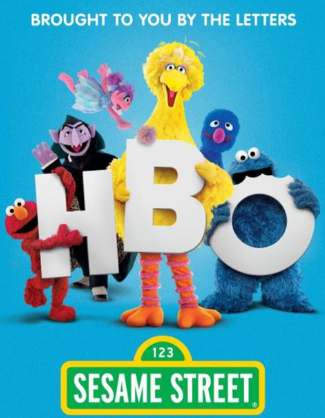 and will pillage its own sources to get it. Not only will HBOMax take over the premiere run of each new season of SESAME STREET starting with #51 but has contracted with Sesame Workshop to five new 35-episode seasons total and to also house the 50-year library of the show. Plus there are plans to include annual specials, kicking off with an animated version of The Monster at the End of this Book, a family-centric live-action take on a late-night talk show titled THE NOT TO LATE SHOW WITH ELMO, a new season of ESME & ROY; two new animated series, one of which will be a Sesame Street spinoff called MECHA BUILDERS and finally a docuseries tackling difficult issues from a child’s perspective. Kids’ programming will be well represented.

But what about HBO Kids? HBO always, from day one, strived to be a well-rounded format as well and even though adults loved their content over the years like OZ, SEX AND THE CITY, REAL SEX, THE WIRE, ROME, GAME OF THRONES, etc. There was a place for family and kids programming also. But with the Sesame Workshop vacating that destination HBO Kids will have very little and like its late-night adult programming and HBO Boxing, it too will seem to totally fall away in time. Even though most HBO fans won’t miss that genre, it seems that HBO is being gutted and will not be like its former self when all is said and done.

One final thought and the last part of our query. What of PBS? Not every family can afford to pay the premium prices HBOMax and HBO are set at. Well, the good news there is that PBS will still also get to air SESAME STREET, though on a delayed schedule. But at least public broadcasting still get Bert & Ernie and the gang!

SESAME STREET may be moving location, but the franchise is still thriving! We will announce the kiddie show’s return to HBO when we get the date; the 50th anniversary has got to be a big deal, right?  Plus, we keep an eye on what happens to HBO Kids.