With less than two weeks to go until the world-wide premier of Game of Thrones‘ sixth season, HBO is making sure we know we have a lot to look forward to. Earlier today, a second trailer for Season Six was released, and it looks amazing! In an action packed two minutes, we are reminded that the odds have never been higher for our favorite characters. Jon Snow lies dead as his brothers battle for his corpse. Arya is blinded, and learning a harsh lesson at the House of Black and White.

Daenerys is stripped of her titles, and ultimately her clothes as she finds herself once again a stranger among savages. Sansa Stark, on the other hand, seems to be embracing the abuse she suffered last season as means to grow stronger, even as her husband Ramsay Bolton seems to be gearing up for an enormous battle. Meanwhile, Cersei and Jaime Lannister struggle to gain control of King’s Landing, even as their brother, Tyrion, faces his own challenges wrangling a city into order, an ocean away. All across Westeros and beyond the stakes have never been higher, but hanging over everything is an even greater threat; the White Walkers. “The real war is between the living and the dead,” Davos intones,”And make no mistake the dead are coming.”

Check out the trailer below:

There’s a lot to take in in the newest trailer. We got to see some more of Bran Stark whose powers seem to have grown since we saw him last, we also got a closer look at a Tower of Joy flashback, and the Freys are having another dinner party, not to mention that of course all the fan favorite characters seem to be in dire straights. 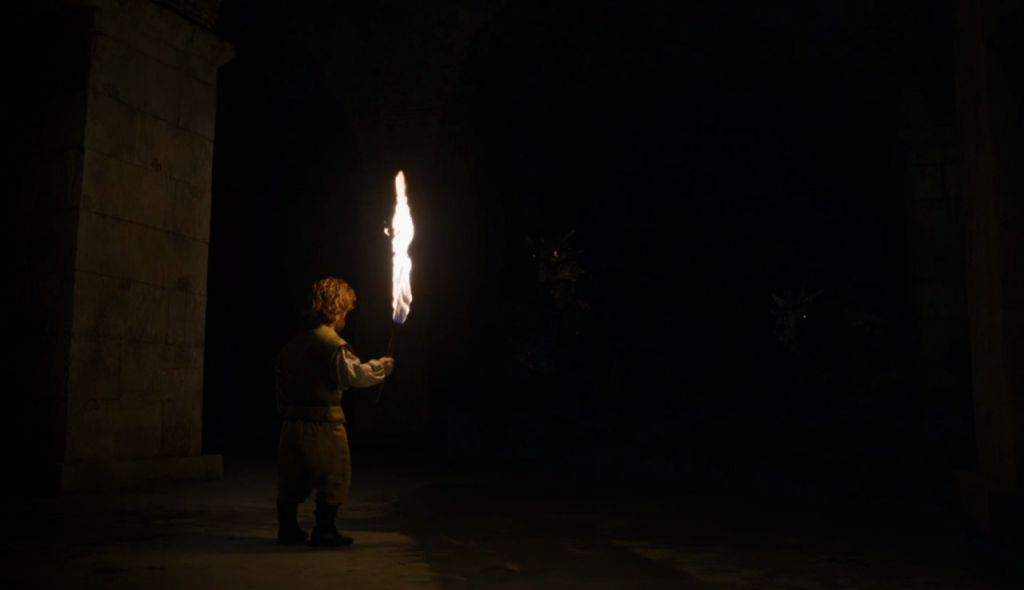 What was your favorite part of the trailer? Comment below!