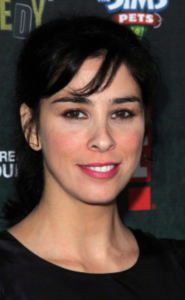 Comedienne and actress Sarah Silverman has been away from HBO for a while but returns with ideas in her development deal. Her filmography shows her all over the place in comedy & animation work but what has she done for HBO you ask? How about one memorable episode each of CRASHING, BORED TO DEATH and ENTOURAGE and before that as Wendy Traston on THE LARRY SANDERS SHOW. There was also the stand-up gig SARAH SILVERMAN: WE ARE MIRACLES and MR. SHOW WITH BOB & DAVID.

So, what is she up to now? How about another comedy special and a new pilot idea? The show she has brewin’ is for a late-night stint which is a great place to put this irreverent and bold talent. In her own words, she describes the concept as a chance for “weighing in on the mishigas of the week and taking live video calls. I’m as passionate talking about my face-washing routine as I am talking about why billionaires cost us money,” says Silverman. “Nothing’s off the table and nothing’s too high or low brow for me. I mean – look at my face – I’m literally all brow.”

She is willing to take on call-ins on the hot topics of the day. Maher, Oliver and THE SHOP don’t do that. And, because she can, she will throw in a comedy routine special in there as well. So, I say make room Issa Rae and Robin Thede cause this lady knows what she is doing too and there has got to be room at HBO for her. 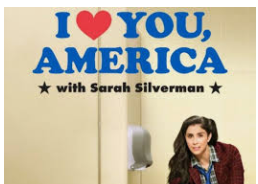 The deal with HBO follows Silverman’s most recent gig as creator, executive producer and host of the Emmy-nominated Hulu talk series I Love You, America. She is currently in production on the Universal comedy Marry Me, and also adapting her best-selling memoir, “The Bedwetter: Stories of Courage, Redemption, and Pee”, into a musical that will debut in 2020. Her latest standup-comedy special, A Speck of Dust, received two Emmy nominations and a Grammy nomination. Keep on the lookout for Sarah Silverman!