The latest Sky Atlantic and HBO partnership brings a brilliantly awkward British comedy to your screens in the form of Sally4Ever, directed by and starring the enigmatic, BAFTA award-winning Julia Davis.  She plays Emma, a highly promiscuous lesbian who turns her attention to Sally, a rather drab woman stuck in a loveless heterosexual relationship. While utterly grotesque in its depiction of long-term relationships going stale and the gracelessness of discovering your sexuality, this show brilliantly represents the very essence of Britishness. It’s dry, it’s painful, it’s embarrassing and only because it is all too real. While other directors may choose to sugar coat this story, Julia Davis doesn’t shy away from showing it all, both literally and figuratively. 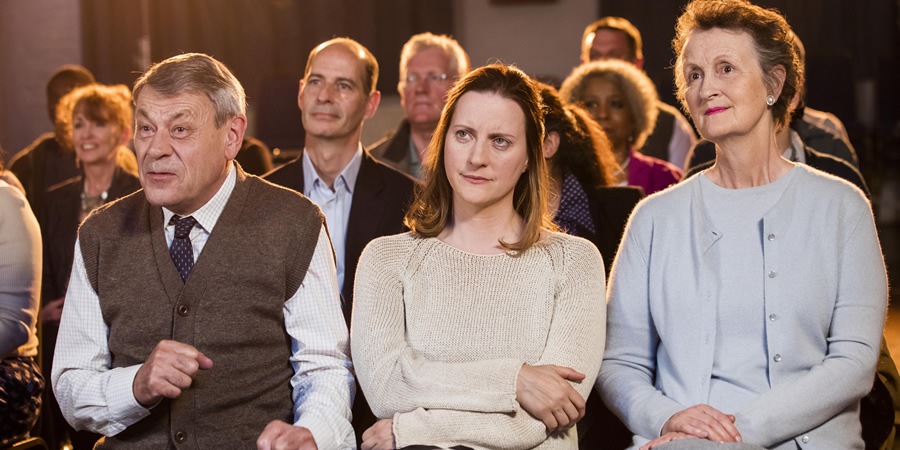 In episode one, we are introduced to Sally and those with whom she shares her life. First off there are her parents, who are your typical middle class, church-going parents who just want you to get married, settle down and live out your days as a good Christian woman. Next, we have David, Sally’s long-term partner, who we are first introduced to as a choir member singing George Michael’s ‘Faith’. Everything about Sally’s life is pretty boring and unsurprising and Sally herself is a wholly unremarkable person. Finally, her colleagues, who are likely going to play a reasonably large part in this story, are first introduced to us during a meeting where they seem to be discussing the best way to rebrand eggs to make them appeal to a younger demographic. The brilliance of the scenes at the workplace can only come from someone who has experienced working in your typical British office, and yes, if you have seen the original The Office then you are well over halfway there to understanding just how unique this setting can be. Where mild sexism is disguised as banter and where judgments are based entirely on appearance, untouched by the progressive feminist movement and plagued by toxic masculinity. 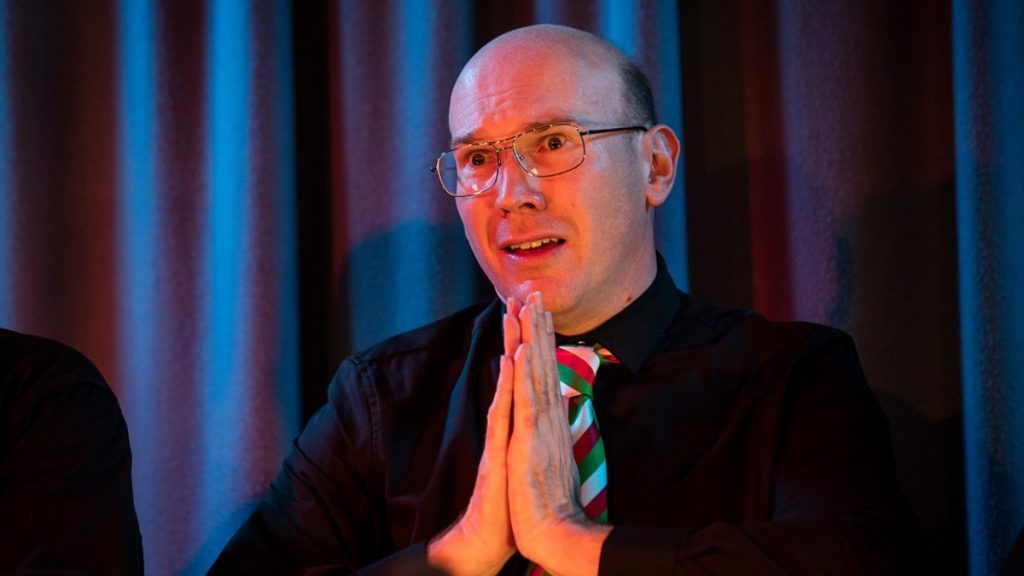 Sally’s relationship with David is one of the most painful elements of this first episode. Julia Davis brilliantly exposes the ugliness of a long-term relationship gone stale in the form of clinical intercourse, farting and unnecessarily erotic footcare. The beauty of it being Sally’s obvious permanently nauseated state around her future husband that leads her to jump ship on the night of their engagement to attend Emma’s gig where their affair begins. Sally and Emma are polar opposites. Emma wears red leather jackets, plunging necklines and dark eye makeup. She is dangerous, edgy and exciting to Sally who is about as drab as you can get. She is a woman who has lost sight of who she is and is about to embark on her own awakening. Emma is adventurous and creative, whereas Sally is reserved and boring but its no surprise really considering that everything in Sally’s life is quite literally beige. From the jumpers David wears to their uninspiring chicken curry dinner. There is no shying away from just how awful David is, even telling us that not only is he a sinfully boring person but he also has a small penis. Even during his proposal to Sally, he says “you’re not getting any younger, you’re not going to meet anyone else” then later that night, he farts while reaching into the wardrobe to pull out his mother’s wedding dress and starts sniffing it. The following scenes when Sally goes to the club to watch Emma perform seems like a dream and you wonder if she is even really there. We don’t know Sally very well yet and this kind of impulsive behavior seems out of character, but in reality that is just how far David has pushed her. She and Emma take drugs together, dance the night away and their affair begins.

There are many references to popular culture during this first episode, most memorably probably is the tampon scene in Fifty Shades of Grey (fortunately, a moment that didn’t make the cinematic final cut) but the perhaps more subtle moment is when Emma is at a bar waiting for Sally to arrive so she can impulsively ask to move in with her. Emma puts on the song ‘American Woman’ by The Guess Who, a song which famously appears in Sam Mendes 1999 film American Beauty during a pivotal moment when Lester Burnham (Kevin Spacey) has been awakened by Angela Hayes, a friend of his daughter, who’s promiscuity leads him to shake up every aspect of his banal life. While initially turning down Emma’s offer to move in with her, later Sally finds her outside her house in the rain on a night when David is away and the two engage in some eccentrically choreographed sex. 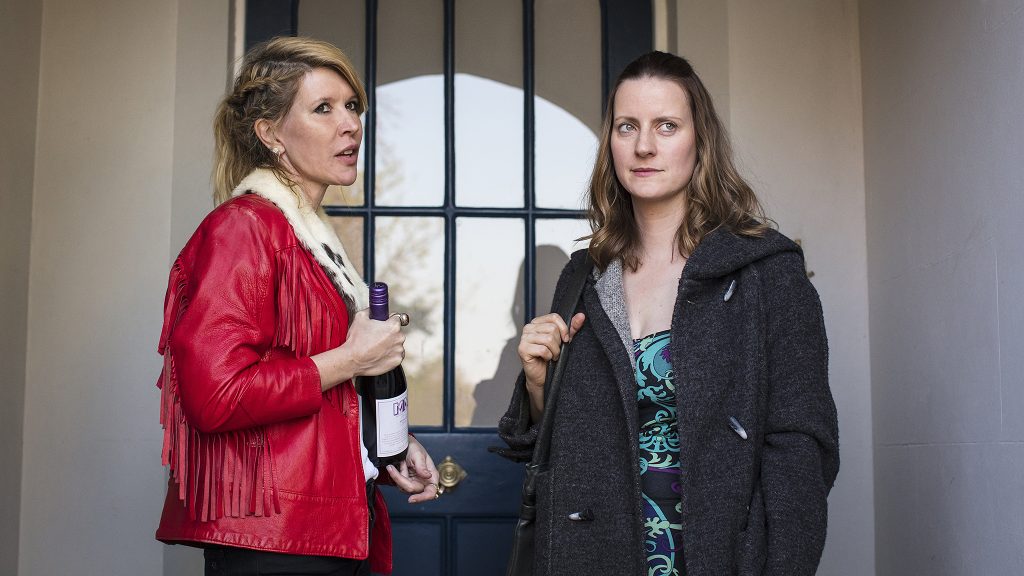 The cast of Sally4Ever is basically a who’s who of British comedy, each scene brings you a familiar face which suitably demonstrates the absolute force of nature that is Julia Davis. Everyone wants to work on her projects because she brings an ingenuity to her characters and stories which not only exposes the bitter awkwardness of everyday life but rams it down your throat and makes you cower behind a pillow forcing you to watch something all too familiar. In supporting roles you have Julian Barrett who is better known for being the loveable counterpart to Noel Fielding’s Vince Noir in the cult comedy series The Mighty Boosh as well as Felicity Montagu, but known best as Lynn Benfield from I’m Alan Partridge. Rounding off Sally’s colleagues is Steve Oram, the murderous camper from Ben Wheatley’s black comedy film Sightseers. Later episodes will see Mark Gatiss, Sean Bean and Joanna Scanlon making appearances.

A lot is taken care of in the first episode and I can’t wait to see the kind of nonsense that will undoubtedly ensue.