Things went even more extreme than I thought possible in this last episode of Sally4Ever. And I wasn’t sure that it could get more extreme. After all, the last episode I reviewed had two women scissoring for three whole scene views. But this week, we see Emma (Julia Davis) take everything up a notch. Which for Emma, doesn’t really seem that hard.

After having dinner with friends, Sally (Catherine Shepherd) has to attend David’s dad’s funeral even though they obviously aren’t getting married. And unfortunately for Sally, she can’t seem to find any comfort of her own. Her friend does her best, but she’s more worried for Sally than anything. And her parents are just mad she’s decided to try women and isn’t marrying David. What Sally actually needs is for someone to sit down with her and just ask her how she’s feeling in all this. But sadly, that’s not what’s in store for her.

Emma has gotten a small part on Sally’s friend’s movie set. Exciting, especially if you want to break into an industry like film. It’s important to know people. Well, Emma still doesn’t like being not the center of attention and since Dan only promised her this movie part high on coke and after Emma promises a threesome with her and Sally, she starts being…well, a little too Emma. Little too much. A lot too much actually. Emma does what she always does and begins trying to work her way out of the situation through bribery and manipulation. Meanwhile, Sally has come to set to speak with her and gets locked in Dan’s trailer bathroom. Oops. 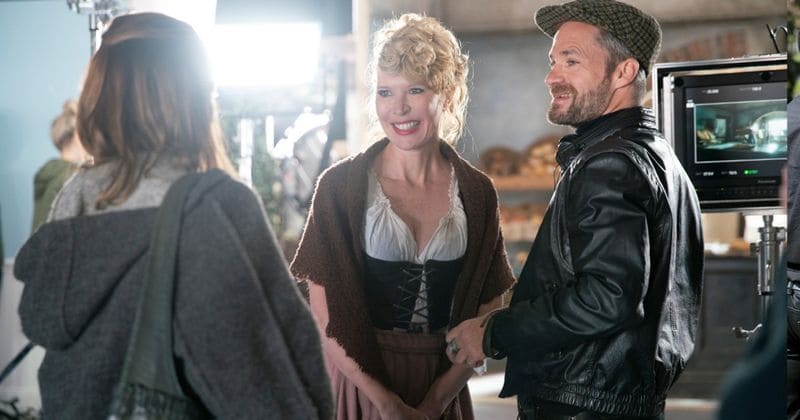 Cue Emma and Dan who are about to engage in relations. These relations can best be described as coke-fueled, male masturbatory emission while…there’s no easy way to say sh*tting in someone’s mouth. Yes. Emma is on the ground while Dan ejaculates and takes a dump on her. Oh, Emma, no movie role is worth that. But since you screwed up pretty freaking badly, I see why you think you should do that. But eww, no. Nothing is worth having someone shit on you. And the episode culminates with the act, Sally breaking free of the bathroom to witness it, and Dan’s wife and daughter arriving for the little girl’s scene on set to also witness it. Oh dear.

As time goes on, and I speculated in my last article I believe, we’re probably going to start seeing more of the manipulation and erratic behavior. I sense if Emma sees weakness between her and Sally she’ll do what she needs to do to fix it for herself. Not actually treat Sally well or be responsible emotionally for someone else. She’s a self-serving person and I highly suspect that will be what pushes Sally away from her, though it will most certainly be her methodology for getting her to stay.

Are you into the characters or are you watching Sally4Ever more for the sensationalistic gross-outs?