This week’s episode of Sally4Ever really starts to push the boundaries of realism and ventures into the ‘as if’ territory. If last week’s defecation scene wasn’t enough to start to put you off then this week may tip the balance. While I wholly appreciate what Julia Davis is trying to achieve in this show, it is really difficult when you’ve invested in characters and their stories only to be given utterly grotesque and unrealistic scenarios. My thoughts at this point are that I fully trust the show will end on a high, or at least I sincerely hope it does.

Despite the horrifying events of the previous week, there is little mention of this initially in this episode which is odd considering how much walking in on your partner being shit on by someone else in a lude sex act would end most relationships. Emma and Sally are very much still together and apparently considering taking their relationship to the next level by having a baby. Sally really doesn’t want to, but yet again in another unprofessional meeting with their relationship counselor, she is pretty much forced into saying that she would like to have a baby with Emma. Emma, overjoyed at this unconvincing agreement begins looking for donors right away which brings us to the highlight of the episode and the crux of the situation, Nigel (Julian Barrett). 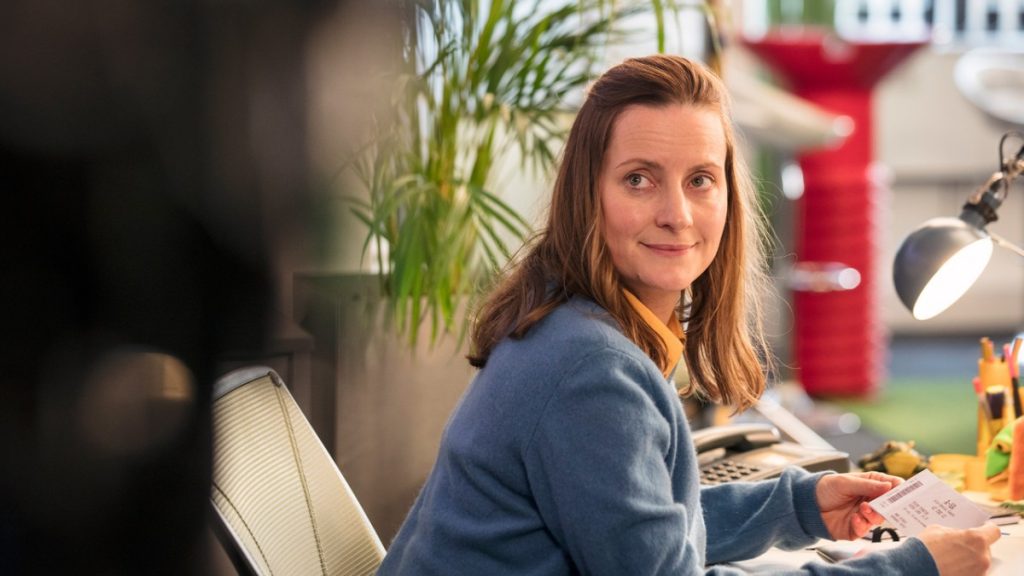 Previously in the episode, Sally meets with David who informs her that he has moved on and is with someone else now which essentially gives Sally the freedom she’s wanted to do what she likes. However, she seems somewhat disappointed that David has found happiness with another woman, perhaps even a little regretful considering how much of a nightmare Emma has turned out to be. Sally also has a playful little flirt with Nigel at work, who is about as subtle as a sledgehammer when it comes to his feelings for Sally. They agree to work together after work on a project and she invites him over on the same night that Emma has invited over potential sperm donors to interview. In an amusing exchange of crossed wires, Nigel thinks he is there for a threesome and when Emma explains his true purpose, he embraces the situation and Sally accompanies him upstairs so he can ejaculate into a pot and she can inseminate herself with a turkey baster. However, what actually transpires is that they decided to just have sex. Oddly, we don’t see any of this which is an interesting decision for a show that has been very forthcoming in its explicit depictions of sex, instead we are left downstairs with Emma who is preparing dinner for the three of them for when the deed is done. The two emerge back downstairs looking quite worse for wear but extremely loosened up and proud of themselves and Emma discovers the truth of their infidelity.  This is made into much more of a big deal than what happened the previous week which tells us a lot about the control that Emma believes she had over Sally. 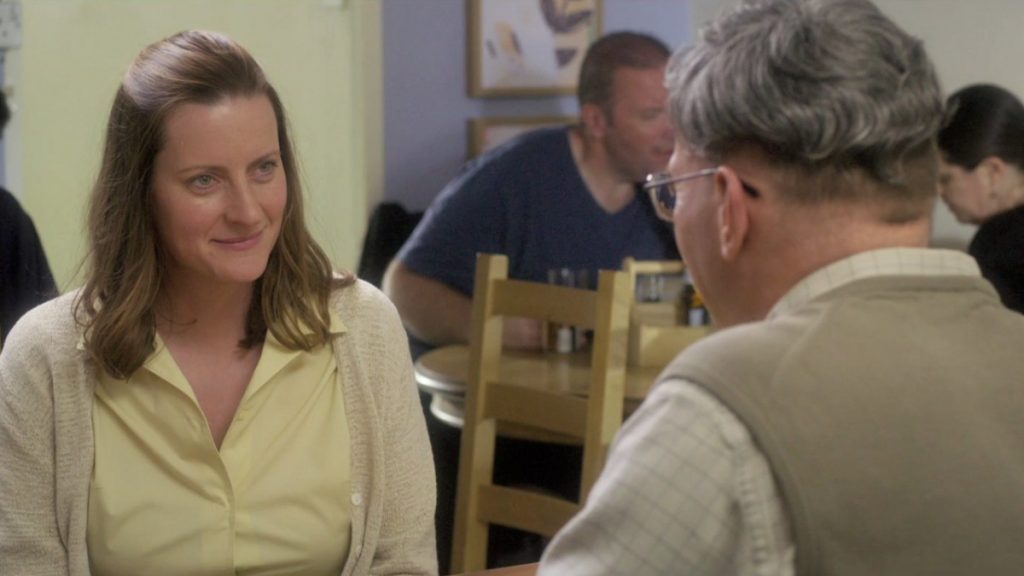 There is undeniable chemistry between Nigel and Sally, we’ve seen it from day one, so it was only a matter of time until they fell into each other’s arms. Emma who hasn’t appeared to feel threatened by Sally’s hetero nature could clearly see that there was something between them as well so the fact that they slept together feels like an actual betrayal because there was an element of intimacy that was missing from Emma’s encounter the previous week. We didn’t see Sally and Nigel sleep together which feels like it was a conscious decision by Davis, perhaps to keep parts of this blossoming relationship a secret from the viewer or perhaps Sally has hatched a more cunning plan to rid herself from Emma, by only pretending to sleep with Nigel which would break up her relationship with Emma and she wouldn’t get pregnant. It’s a win-win for Sally!

I hope that next week sees Sally take some of the power back and finally take control of her own life. I also hope we see more of David’s new wig too. Here is a peek at what happens next: