This episode of Sally4Ever is explosive and hilarious as we celebrate Sally’s (Catherine Shepherd) birthday and an unfortunate loss leads to one of the most graphic scenes, even by HBO standards!  We see now that Sally and Emma (Julia Davis) are officially an item and living in the flat together. Though it is technically David’s (Alex Macqueen) flat and they try to negotiate a way to continue living there. Sally has not broken the news to her parents that the wedding is off and she’s shagging a woman now. While her parents are over for her birthday dinner, they meet Emma and find out that Sally won’t be marrying David. Though Sally wants to drop information a bit more tactfully, Emma disagrees. Cue a stomping out scene. 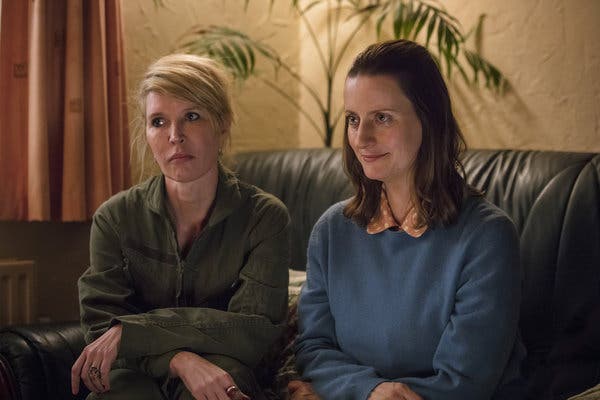 David is still in love with Sally and drops off a birthday gift for her, which Emma proceeds to get rid of. Later when David comes over for brunch and watering the plants, he finds out his father has passed away. And in his emotional distress, he asks Sally for her support and to drive to his parents’ place with him.  However, Emma thinks the dead father bit is just an act to spend time with Sally and doesn’t trust David. So she hops in the car and tags along, also having her own phone crisis and incident with a friend on the way. How suspiciously like you to also have someone suffering in your life so you need Sally’s comfort and attention…

David’s mother breaks the news that it was a suicide and she found him after he had hung himself. David won’t break the news that the wedding is off and so David and Sally are expected to bunk together. He also keeps telling his mother how the wedding will cheer her up and make her happy which is a super douche move. He knows the wedding isn’t going to happen.  So in reality what he’s doing is just making the situation worse.  What does he expect to happen?  Sally will marry you because you said the wedding was still on?  Even if she did, that’s emotional blackmail. I doubt she’d be happy with you, David. In any circumstance. Move on, mate. 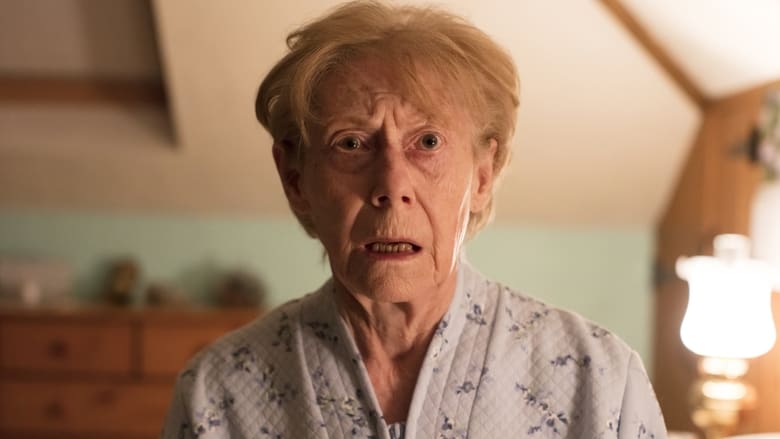 But the kicker of the episode is undoubtedly when David falls asleep and Sally pops over to Emma’s room.  She says she sees the ghost of David’s father and some suspicious details about how the ghost is behaving. Sally doesn’t seem convinced.  Emma wants to fool around but Sally isn’t sure. Nothing a little French can’t fix, oui?  David’s mom comes out of the bathroom after getting ready for bed and sees Emma and Sally scissoring on the bed.  We get three shots of the action as the old woman keeps going back to make sure of what she’s seeing. No judgment, but I think maybe you should have closed the door? David’s mom is “struck dumb” and cannot speak the next morning. She’s able to gesture and I have to say, seeing granny make a scissoring motion with her fingers is hands down one of the best scenes I’ve ever seen on HBO. Or television. So hilarious.

I think what we’re starting to see is the glamor fading. The relationship is still new and Sally is still exploring this part of herself. Emma is shiny and new and exciting. But Emma is also manipulative and has her own agenda. I think she likes Sally but she’s possessive. When David is over, Emma keeps touching Sally sexually. Obviously to send a message to David “My Territory Now” but what Emma doesn’t acknowledge is that Sally doesn’t want it. She keeps squirming away. If Emma were being an attentive partner, she would see that Sally doesn’t want that. Same with telling her parents about the wedding and her new relationship. Sally wants to do things a certain way and since Emma disagrees, Emma does what she wants, not what is respectful to Sally. I think as episodes continue we’ll see more of Emma’s abrasive personality come out.

Share your thoughts on the sexy NSFW scene below and tune in for the next episode on November 8th on HBO!