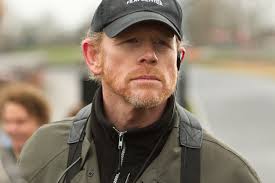 Here is a small tidbit about a project at the top of everyone’s wish list it seems – the adaptation of Steven King’s The Dark Tower. Director Ron Howard has had great interest in it since 2010. His ambitious concept, as initially stated, was to have three theatrical films bridged by seasons of a television series. HBO was the network of choice mentioned. Netflix has also put its name in the ring as an interested party.

The whole project has been in the dark but now Ron Howard has made a statement regarding it. He spoke about the project with Empire Magazine, a SF & F media outlet out of the UK, via a podcast. Here are some key comments.

“The Dark Tower is something that we’re still working on. We’ve all taken a vow of silence about the progress, the headway, what we think our timetable is, because I don’t think I realized how much media interest there was in the title and how much excitement there was.”

“It’s a fascinating, powerful possibility and even Stephen King acknowledges it’s a tricky adaptation, but to be honest it is not a straightforward…superhero story – it’s dark, it’s horror. That edge is what appeals to me, the complexities of those characters is what appeals to all of us. And I think Stephen King really respects that, with [screenwriter] Akiva Goldsman and myself, that that’s what we love about it, and that’s what we want to try to get to the screen.” 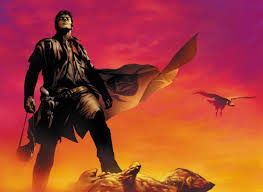 “So my answer is: it got delayed, it’s never gone away. We’re working on it, and Stephen is very patient with us, and Akiva’s just gone off and directed a movie, I’m continuing to work but the Dark Tower dreams – fever dreams, rather – are still there, but we’re not going to give it a timetable.”

Not only is Goldsman apparently busy but so is Howard as his latest movie Rush opens and he prepares for Dan Brown’s Robert Langdon tale Inferno. So THE DARK TOWER is nowhere in sight but it is not forgotten by Ron Howard or its eager fans… and so we wait.