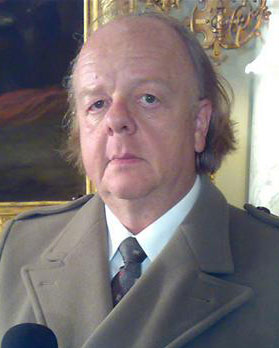 Soon after riddling to fans about a recent casting in the upcoming fourth season of Game of Thrones, George R.R. Martin confirmed via his Not A Blog that English character actor Roger Ashton-Griffiths has been cast as Mace Tyrell.

Mace is the Lord of Highgarden, father of Loras and Margaery Tyrell, and the oafish son of Lady Olenna. Mr. Ashton-Griffiths certainly seems like he will be able to pull of the oafish part of Mace quite well.

Ashton-Griffiths has quite the résumé, and has appeared in films including The Brothers Grimm, A Knight’s Tale, and Gangs of New York, as well as in television shows The Tudors and Torchwood. Judging by his previous work, it will be exciting to see how Ashton-Griffiths’ Mace plays off the wonderful characters of the Small Council in King’s Landing.