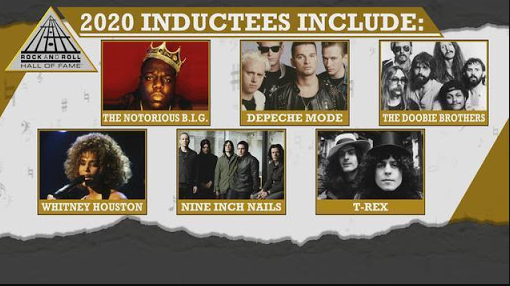 So, we have a different sort of event this year. One that still gets the job done, which is ushering inductees into the Rock & Roll Hall of Fame, but manages to miss the energy the event usually brings. That’s a no-brainer though because we are not in the center of a live appreciate audience complete with the raucous fans in the balcony.

All that makes the flow of the special a bit different as well. Each segment is like a separate entity unto itself and not part of a collective whole. The trade-off is that those segments are a more cohesive montage of the inductee’s history & impacts to the music scene plus, gives the honorees more screen time to talk. The concluding ‘thank you’ moments are more thought out and not some off the cuff remarks at the microphone but a more rehearsed and complete acknowledgment. I just wish there was more music in play; I missed the final tribute band jam the special always ends with.

Here is a quick look at the who is who of the event: 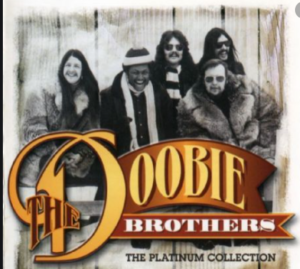 Michael McDonald, John McFee, Tiran Porter, and Patrick Simmons. Many of them are present to tell their story. It was great to hear some of their music again, especially the early ‘70’s stuff.

Next was the raw death metal rage of Nine Inch Nails with Trent Reznor at the heart of it. Iggy Pop had the honor of inducting NIИ into the Hall. We also hear from music maestros Ric Rubin & Jimmy Iovine and from St Vincent’s Annie Clark. 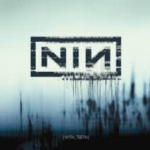 Also, there is Miley Cyrus and the late David Bowie and others as they revel in this band’s musical rage & genius. Plenty of accolades to go around here. There is also some great, raw concert footage here that illustrates the intensity of Nine Inch Nails beautifully. Plus, it’s cool to safely get in and out of Reznor’s mind as he adds his two cents. A great piece.

He wasn’t a musician but was the manager and all-purpose promoter at the heart of such bands as The Eagles thus, Don Henley had the privilege to induct him into the Hall. Henley had a lot of praise as did Joe Walsh, Qwen Stefani and Earth, Wind & Fire. It is wise and decent that non-musicians are welcomed into the Hall. This piece proves how producers, managers & promotors are crucial elements in the musical experience overall. Azoff is most deserving of the honor.  Next to be honored was Irving Azoff.

Sean” Diddy” Combs presented a clip inducting The Notorious B.I.G. after that. The larger-than-life gangsta rapper, also known as Biggie Smalls, is 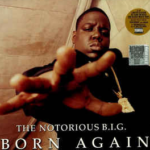 granted the honor posthumously as he was gunned down at the age of 27 in 1997. Touting his praises are people like Nas, Jay-Z, Lin-Manuel Miranda and his widow Faith Evans, but the most heartfelt presence was that of the late rapper’s mother Violetta Wallace. It was in his name; he was a BIG player on the music scene indeed. Accepting the award & honor on his behalf was his daughter, T’yanna Wallace and his son, CJ Wallace.

Going to another extreme in music, the electronic music genre takes us to Depeche Mode. Declaring their sound as the soundtrack to her adolescence, Charlize Theron has the honor of inducting the bandmates to the Hall. The group consists of Dave Gahan (lead vocals and co-songwriting), Martin Gore (keyboards, guitar, co-lead vocals and main songwriting) and Andy Fletcher (keyboards). What captured 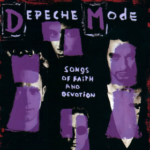 Theron most looking back on the troupe’s music was not so much the sound, but the message. The “Welcome To My World” lead-in to their clip was awesome; just sayin’. Chris Martin of Coldplay had a moment there where he exalted their wherewithal to change the way music sounded. Billy Gibbons of ZZTop picked up on it also. So, whether you like the message or the sound, you got to admit that Depeche Mode belongs in the Hall.

Whoa – we are hit next with the magical riffs of Eddie Van Halen and a tribute by Slash, Kirk Hammett (Metallica) and others praising up the iconic guitarist extraordinaire in a brief Memoriam segment. How cool. It was followed by a montage of other musical greats gone from us since last year’s event which included Mac Davis, Helen Reddy, Bonnie Pointer and as the segment winds out, the original Originator Little Richard.

The second recipient of the Ahmet Ertegun Award after Azoff was next on the agenda. It goes to John Landau, writer, music producer & manager. Jann Wenner, founder of Rolling Stone magazine and Bruce Springsteen and Jackson Brown all had something to say about him about the young dude who stepped out, at first, as a bold music critic. That lead to becoming a producer including for Springsteen & Brown. Bruce had the honor of welcoming him into the Hall, as a master of bringing out the best from every artist he worked with. 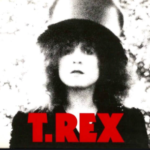 Ringo Starr gives up the story of T-Rex, the next recipient. The band, leaders in the glam rock niche in music was comprised of singer-songwriter and lead guitarist Marc Bolan and a number of musicians through the years including Steve Peregrin Took, Mickey Finn, Steve Currie, Bill Legend and Paul Fenton. Icons Elton John, Billy Idol, David Bowie, Johhny Rotten and Joan Jett join in to talk about the vibe, the talent and the carefree abandon of the band. They’ve been cited as major influences of acts such as New York Dolls, the Ramones, Kate Bush, Siouxsie and the Banshees, Joy Division, R.E.M., the Smiths and the Pixies. Borland went on to find all the right plays for his quartet trimmed the name down from Tyrannosaurus Rex to T-Rex, put on some glitter & frills and hit us with “Get It On (Bang A Gong)”, their biggest hit. Accepting the honor on behalf of T-Rex was Borlan’s son Rolan.

Then they sneak in a little montage honoring the Rock & Roll Hall of fame itself before the final induction. That place is reserved for the songbird we know as the late Whitney Houston. Alicia Keys starts it off with this one-of-a-kind artist. Keys delivered one of the sweetest, sincerest, most 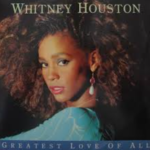 heartfelt tributes of the show, without a doubt. In her story, we hear the love from her mother Cissy, Clive Davis, Jennifer Hudson and others. They praise her soul, her vocal tone, her vocal range, her vocal stamina her energy, power and presence as she took the stage time & time again; MTV didn’t hurt either. Then, when you thought she couldn’t get any higher, there was her rendition of “The Star-Spangled Banner” and “I Will Always Love You.” But, then eventually…; accepting her placement into the Hall is her mother & her sister, Pat.