“I never loved any of my brothers,” said Robert Baratheon to Ned Stark, the Hand of the King. Imagine if King Robert Baratheon had enjoyed tight knit relationships with both his younger brothers. Imagine if they had all been such a united family that together, they were powerful, ruling the Seven Kingdoms side by side and protecting each other from enemies. 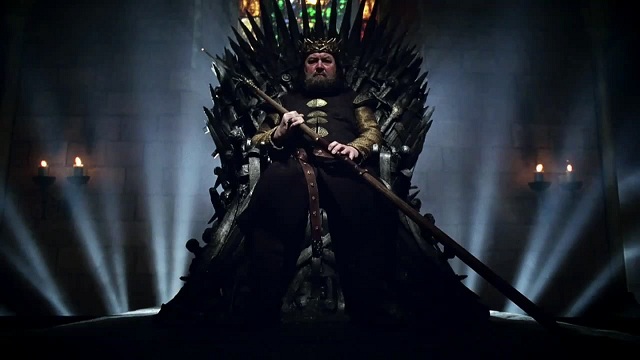 Imagine if King Robert had loved his brothers and respected them, so much so that he would have appointed Renly as the political influence. Renly had the common touch with the people. He was handsome, easy going and made it a point to know everything that went into running the Kingdoms. In this respect, we could almost say that Renly’s title would’ve been equal to the Secretary of State (in the United States) or the Deputy Prime Minister (here in Canada). 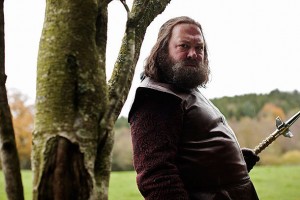 Moving further along, if Renly was the Baratheon brother who could charm the common people with ease and grace, then Stannis would’ve been the brother to look after the protection of the realm. He would’ve overseen all the border issues, the security patrols, the assembly of land armies, the training of soldiers and personally taken charge of Baratheon’s sea fare division. Stannis’ title would’ve been that of Borderland Security (here in Canada) or the Military Division and Homeland Security (in the United States).

Talk about an unstoppable force! Who would’ve dared to challenge the Baratheon brothers, if they had stood united? The fans of George R. R. Martin’s medieval epic series “Game of Thrones” probably wished that Robert, Renly and Stannis had all gotten along. It’s too bad, for if they did, who knows how the Seven Kingdoms would’ve been governed.

Years ago, Robert Baratheon was a lean, fit and courageous warrior who was skilled with an axe and loved sweet Dornish wines. As a soldier, he was clever. He had the backing of his childhood friend, Ned Stark, as well as all the Baratheon banner men in the Kingdoms. Together, they brought down Balon Greyjoy and crushed Rhaegar Targaryen. 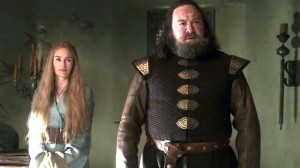 To mention the name Targaryen is to bring on the wrath of Robert Baratheon. It’s the worst name in the Seven Kingdoms. If Robert Baratheon could’ve personally killed every single member of House Targaryen, I’m pretty sure he would’ve loved doing so with relish. It wouldn’t be duty, it would be revenge. Nothing makes a man hate more or fight harder than revenge.

Especially when revenge comes in the form of a very beautiful and spirited woman: Lyanna Stark.

Oh sure, Robert Baratheon drank, gambled and constantly bedded down with tavern wenches, prostitutes and household maids and servant girls. He was a lusty, good looking man. However, the magnetic lure of Lyanna Stark beckoned. She must’ve been quite a tantalizing woman for Robert Baratheon to obsess over. Lyanna Stark just happened to be the only daughter born to House Stark and his best friend’s younger sister. Robert was betrothed to Lyanna. I believe that Lyanna was pragmatic about being engaged to Robert; she knew he’s never be faithful, unlike her own brother, Ned. Who knows how she really felt about the whole arrangement? Maybe, deep down, Lyanna did not want to become another possession that Robert could own, use and cast aside for his own satisfaction. This betrothal did not have the happy ending that Robert Baratheon imagined it would. Then, the unthinkable: Rhaegar allegedly kidnapped Lyanna. Kidnapped? Really? Or did she go with him willingly? And did Rhaegar really rape Lyanna? I mean, who really came up with that theory? Someone who didn’t like Rhaegar to begin with…Robert. When Rhaegar and Lyanna disappeared, it caused a lot of trouble. Something climatic happened. Something so tangible took place, that for years; fans have been guessing, wondering and asking out loud: what caused Lyanna Stark to die? And WHY did she say, “Promise me, Ned. Promise me.” 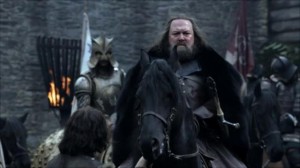 What did Ned promise her? Did it have to do with Robert? Or perhaps Rhaegar? What was shrouded in secrecy so bad? Why did Robert kill Rhaegar – was it sheer jealousy? Was it the fact that perhaps Lyanna saw Robert as a womanizer and she secretly knew that he would not honour his marriage vows to her? Or did Robert suspect that Lyanna was in love with Rhaegar? Or was a secret pregnancy involved…?

Whatever the case, Lyanna died. Robert buried his grief in rage, wine and women. After killing Rhaegar, he bitterly entered into marriage with Cersei Lannister, at the urging of Jon Arryn, the prior Hand of the King. He didn’t love Cersei. He only did as he was told. After all, he usurped the Mad King, had his vengeance on the Targaryen household and inherited the Iron Throne. But at a heavy cost. The years were not kind to Robert. He became fat, bored, resentful, angry and apathetic. 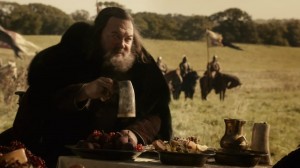 Many fans will argue that Robert was a two timing drunkard who was careless and lazy. I disagree. I think Robert Baratheon was misunderstood. Just because you are a king doesn’t mean your life is a bed of roses. Nor does it guarantee happiness and loyalty. His own wife was committing incest with her twin brother. He barely knew his own children. He couldn’t stand the small council. He had a tense relationship with Renly. He was severely in debt to his father in law. He hated his wife. He was restless and knew that war was coming. Is it any wonder why he rode north to Winterfell to ask his best friend to be the next Hand? It’s clear that Robert trusted no one except Ned.

“How long can hate keep a thing together?” Robert once asked Cersei. “Seventeen years,” was Cersei’s response. Trapped in a political, loveless marriage, frustrated beyond belief, distrustful of everyone in King’s Landing, haunted by painful memories of the past, can you blame Robert for trying to drown his sorrows in any sort of temporary pleasure? He never loved Cersei. She replaced Lyanna. And Cersei was a poor replacement.

“I only know she was the one thing I ever wanted. Someone took her away from me. And Seven Kingdoms couldn’t fill the hole she left behind.” (Kudos to actor Mark Addy – this scene showed Robert’s vulnerability and pain, so vividly that you felt sorry for him)

These, the words from a King. This man loved. This man lost. A broken hearted man. Or should I say, a broken man.

And Robert’s death left a hole so deep in the Seven Kingdoms, that nobody was prepared for the aftermath.

Eleonora is a P/J/I teacher who absolutely LOVES all things Game of Thrones. She’s a ‘happy go lucky’ kind of lady who loves to read (and write) HBO Watch character profiles. Be sure to check back for more from her or take a look at her blog.