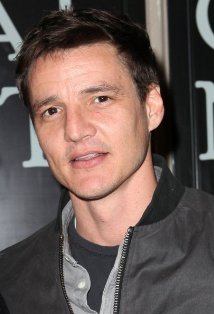 We have ourselves a Red Viper folks! James Hibberd from EW.com broke the news earlier today that HBO has officially cast Pedro Pascal to play Prince Oberyn Martell, a.k.a. the Red Viper, in Season Four of Game of Thrones. The Chilean actor is best known for having previously appeared in CBS’ The Good Wife, ABC’s Red Widow and USA’s Graceland.

The Dornish Prince is arguably the most anticipated casting of the season and will surely play a major role in the upcoming installment of the series. For those who are unfamiliar with this character, here is a short, spoiler-free background from EW’s article:

Oberyn is a brash, charming, cunning prince of Dorne (part of the Seven Kingdoms of Westeros). His sister Elia was brutally murdered by the Lannister knight Gregor “The Mountain” Clegane when Mad King Aerys was overthrown by Robert Baratheon and the Lannisters. In season four, Oberyn comes to King’s Landing with revenge on his mind.

Also: Nearly every Thrones character has a nickname and Oberyn has one of the coolest: The Red Viper.

Personally, I’m extremely happy to see a Chilean actor being brought in to play the Red Viper. Afterall, Dorne is described in the books as being more ethnically diverse than the rest of Westeros. Oberyn himself is a “salty” Dornishmen, which means he has dark hair with smooth olive skin. Pascal’s ethnic background should fit this role perfectly. Heck, it even looks like he even has the nose for it!

The show has really missed the mark at times with keeping the ethnically diverse characters from the novels present in the show. So, it’s nice to see that HBO is finally bringing some more color onto the set of ‘Thrones. What do you guys think? Leave your thoughts in the comments below.

Game of Thrones season 4 premieres in 2014.  We’ll get you an exact air date when we have it.