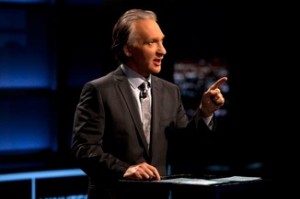 Real Time with Bill Maher concludes its ninth season tonight, November, 11  at 10PM exclusively on HBO, with an instant replay at 11:00 p.m. following the live presentation.  The round table guests this week are Minnesota Rep. Keith Ellison, news anchor Chris Matthews and commentator Andrew Sullivan; Mass. Rep. Barney Frank is an interview guest.  Bill should have a lot to talk about with the Republican debate taking place earlier this week!

The show has been renewed by HBO for a 10th season that will begin sometime early next year.  The show usually takes a break around the holidays and returns in early January of the new year so those dates have remained constant.  We’ll update you here with a solid premiere date in January!  Until then take a look at all of the other HBO Premieres on our schedule page.