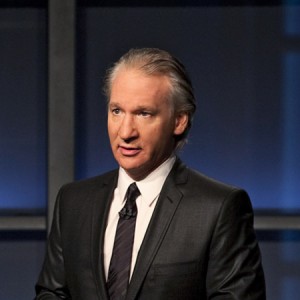 Bill is back with his witty and insightful commentary on all of the day’s news.   HBO’s Emmy-nominated program ‘Real Time with Bill Maher’ is heading into it’s ninth season this year and if Maher’s whirlwind cable news  tour is any indication, he won’t be be pulling any punches this season.

Be there to see what happens LIVE tonight at 10PM EST on HBO, else you’ll be catching the highlights on cable-news next week! Until then check out all of the other HBO premiere dates at our Premiere Date page!