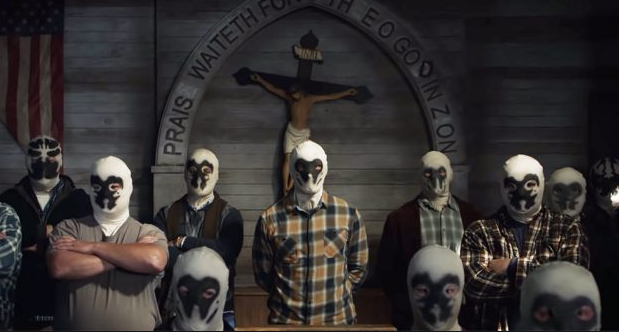 TICK…TOCK… Are you counting down? We only have to wait until October for WATCHMAN to arrive on HBO. The anticipation is building, but all we have to offer at this point is two video clips. We already gave you a cast & crew list and we already gave you source material background. So, all we need is the damn series because we know it has wrapped filming. We also had a Teaser drop a while ago. It does not offer any solid character background or even a plot per se. It did give us one very strong tone that the series will be taking once it gets underway. If you haven’t seen it yet here it is.

“I guess we have ourselves a reckoning.” And I guess it is going to play out explosively yet silently yet anonymously when the WATCHMEN adaptation arrives. Again, this clip is all about the tone and it is ominous. It tells us that a line will be drawn and that you better watch out because we are not sitting back and just watching any longer. The only tagline we have ever gotten for this project states that it is – set in an alternate history where “superheroes” are treated as outlaws. 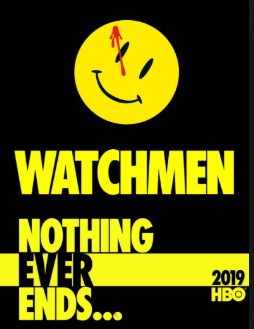 Well, if you are not familiar with the source material then that does not tell you a whole hell of a lot now does it? I mean, the show is sitting on the thought that the end of the world is nigh? Is it because of superheroes? Or is it because of those who oppose them? Well, I can’t say. But I can say I love Don Johnson’s little line at the end complete with a quick wink of an eye. The Teaser does establish that some hide their identities in masks that are familiar to fans – the Rorschach mask (the inkblot ones) and that the Police also are under disguise as to protect their identities as well. Of course, there is plenty of reference to the source material to keep it all tied together. In fact, Jeremy Irons is said to be one of the original characters. The smart thing here is that the show is intent setting up questions for newcomers and fans alike to weigh through and it, of course, counts on you wanting to do just that.

The trailer, which dropped during the San Diego ComicCon, but not during a big panel discussion offers a bit more to go on.

We still are trying to figure out (ok, at least I am trying to) who is the bad guy here. The vigilantes that run amok or the fascist police state at hand are our top choices. Is Regina King’s character one of the former or the latter? Well, she just clipped a badge to her belt so I guess that makes her of the latter group. Oh, and Irons’ persona Ozymandias is not alone as far as the source material characters are concerned. Dr. Manhattan now also appears. There is certainly more to this 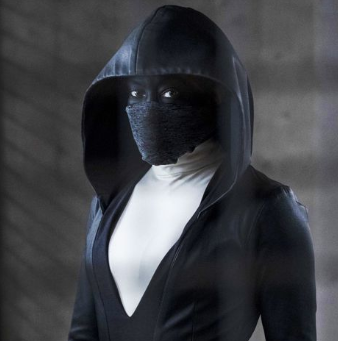 trailer than that; there is downed aircraft, a mass murder site, and more to keep your eyes dancing across the images. Perhaps a more detailed look at this trailer is in order.

Whatever is going down it seems to be something right up Damon Lindelof’s wheelhouse because, for now, it leaves more question than answers. But we’re intrigued and the answers start coming in October. So, we wait a little longer. TICK…TOCK…

Find out here how to view HBO’s Watchmen online.