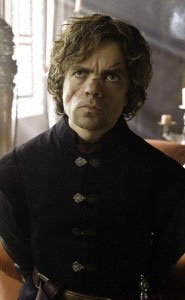 EXCLUSIVE: Leading Game of Thrones actor and Emmy winner Peter Dinklage will not return to HBO’s flagship program for a fourth season in 2014. In a press conference the morning of April 1st, 2013 show creators David Benioff, Dan Weiss alongside George R.R. Martin made the announcement to stunned members of the media.

“Today is both a sad day and an exciting one for HBO’s Game of Thrones,” Benioff began. “Sad because we’ve all gotten to know Peter on set and love him dearly as a friend. We’ll miss him sorely. Exciting because we’re heading in an entirely new direction with the character of Tyrion Lannister for season 4.”

Members of the press began to stir and murmur in anticipation of what the show creators, who had seemed so stable and reliable up until this moment, had to say next. Producer Dan Weiss continued the explanation adding, “It was a unanimous decision between David, myself, Peter and George. We want to take Tyrion in a more comedic, farcical direction and everyone including Peter agreed that he just wasn’t the man for the job. I’ll let the other guys speak for themselves but for me the choice was as clear as a crystal crown. Warwick Davis will be our new Tyrion Lannister!” 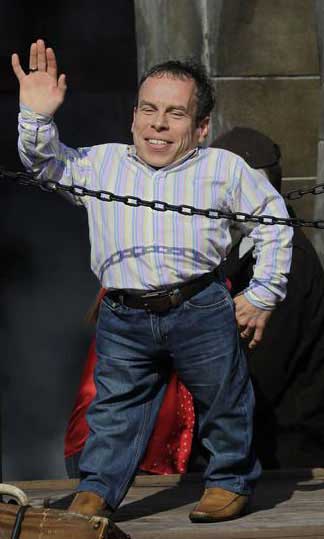 Just then Warwick Davis, a British comedian best known for his roles in Star Wars, Harry Potter and the HBO comedy Life’s Too Short, stepped into the room to flashing cameras and even more commotion from members of the press. Warwick then took a seat next to Martin.

When asked whether he approved of this decision, George R.R Martin responded enthusiastically:

“Warwick was actually my pick back in 2009 when we first began looking at potential cast members. It finally hit me last week while taking an indefinite break from writing The Winds of Winter to catch up on some of my favorite movies. I think it was his epic role in Willow that finally convinced me. Such wit. Such… tenderness.”

Warwick has reportedly asked for 1 million dollars per episode, amounting to nearly 20 percent of the show’s 50 million dollar per season budget. “We felt that Warwick’s experience and star power was well worth the investment,” Weiss said. “We’ll be seeing a lot less of the dragons and direwovlves due to the new budgeting that will have to be done to compensate. But in the end it’s a small price to pay for this kind of acting gravitas.”

The producers also noted that, in an effort to maintain continuity, Warwick Davis’ face will be digitally transposed over Mr. Dinklage’s in all future releases of Game of Thrones on DVD and Blu-Ray.

At this point many members of the media began to shout out pertinent questions such as “How does Peter feel about all this?” and “Are you fuc@!n6 serious right now?” but the Game of Thrones show-runners were already on their way out the door, waving and patting each other on the back as they went.

Peter Dinklage himself could not be reached for comment in a recent interview the actor expressed feeling anxious about devoting so much time to a single project:

“I’ll tell you true.. Game of Thrones has been a wonderful experience all around, certainly. But I do wonder if I’m not limiting myself in some ways. I recently had to turn down a part playing Kelly’s newest love interest on The Big Bang Theory. I love that show! It killed me to have to turn it down.”

This reporter, for one, stands in shock and awe at the decision handed down this, the first day of April. Today was supposed to be a great day for Game of Thrones fans with season 3 kicking off last night and an almost assured announcement regarding a fourth season. I suppose we should all just take a deep breath and trust in the wisdom of the producers and creators that brought us this wonderful show in the first place.

We’ll update this piece when we know more about the fate of Tyrion Lannister. 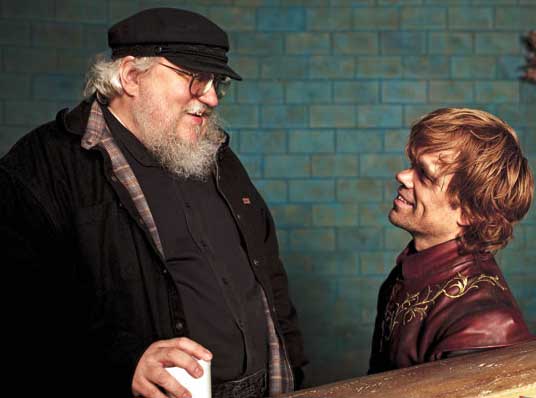 I know, I know this was one of the cruelest jokes anyone could have played on the first of April.. and just hours after the season 3 premiere!   Everyone would be devastated if something happened to Peter and his relationship with Tyrion Lannister.  To be fair we did give you some hints along the way (give it a re-read if you were fooled!).  Though we understand that many of you couldn’t get past the headline without tears of rage/sadness filling your eyes leaving you unable to read and/or think straight.

We apologize for any hurt feelings, friends lost or keyboards/monitors smashed as the result of our little April fools gag.  We know most of you took it in stride.  Rest assured that Game of Thrones will premiere next year airing around the same time as last year’s start and you’ll be watching it online with HBO GO as easily as ever. You can even stream Game of Thrones for free online with HBO Now, these days.

We felt like trolls all day but we hope the majority of our readers had a good little laugh.  We promise we won’t ever do this again… on our honor as Lannisters.   Until next year… 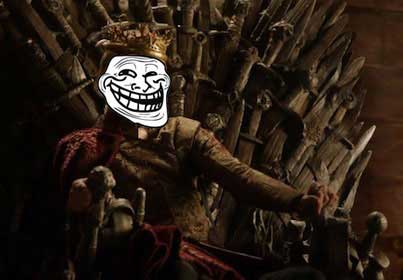