This is the third of three posts that have been created by a guest writer for HBOWatch. If what’s offered is seen favorably then ANTHONY DAVIS will soon be a permanent writer for the site. Good luck, Anthony!

Peacemaker seemingly came out of nowhere and with only eight episodes in its first season, it has left fans wanting more. For now, we will have to wait until the stars align again to watch season two. This overwhelming response from fans and critics alike has guaranteed the show’s return for a second season. There is no
promise when the show shall return as of yet but it has been estimated to come out in 2023. Why is there such a delay for such a popular show? 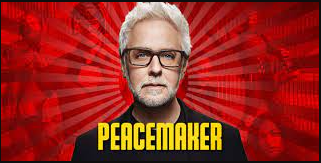 “Creating Peacemaker has been one of the true highlights of my life, both professionally and otherwise, with John Cena and the incredible creative team around me, as well as our partners at HBO Max. To have something we all love so much, be loved by the audience, in turn, has been a wonderful experience. I can’t wait for folks to see where Team Peacemaker goes in Season Two!” -James Gunn.

John Cena plays the lead role as Peacemaker but he too is a busy man. John could be doing a number of things between now and when Peacemaker season two
comes out. Depending on when the show arrives Cena might be in the middle of another season of Wipeout, or the Fast and the Furious 10 movie.
Hopefully, John can start working with James Gunn as soon as he can. John has enjoyed working with James Gunn and the rest of the cast so I’m sure he will
return as soon as he is able.

“I am incredibly honored and humbled by the response to Peacemaker and the experience of playing this character. Thank you to James Gunn, Peter Safran, HBO Max, the crew, and my castmates who worked tirelessly to make this unforgettable series.” -John Cena 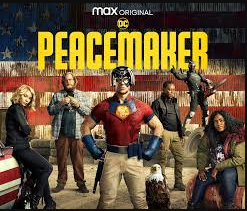 Since we are talking about timelines it may be important to include DC’s timeline. Since DC is coming out with Black Adam, Bat Girl, Aquaman 2, The Flash, Blue Beetle, and many more movies in the coming years does DC care when Peacemaker airs? Since Peacemaker is connected to the DCEU (DC Extended Universe) it may be held back while DC releases a few movies. Holding the show back could be for several reasons including prep time to create the second season, time to get people excited about season two, and it could give more context to Peacemaker without the show being present. DC can build on their universe with easter eggs and our beloved show will be better for it when it does make its triumphant return.
Between the different actors, movies, and James Gunn’s schedule, Peacemaker may have to take a backseat for a few months. DC has started to roll up their sleeves and fans are dying to know what is in store. In the meantime, fans can rewatch Peacemaker, the Suicide Squad movies, and prepare themselves for
the new movies coming out soon. You can see all of this and more on HBO Max. Stay tuned