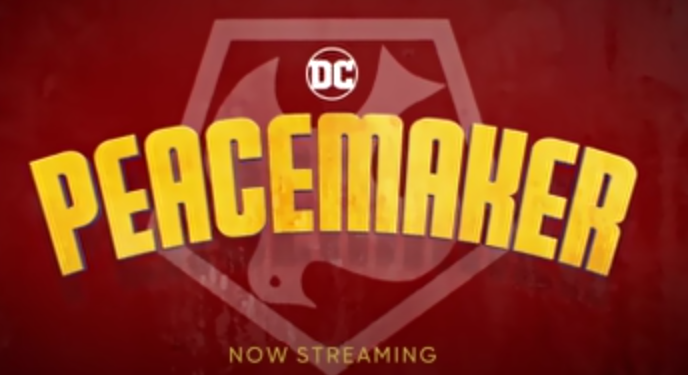 I know, I know, we are not covering HBO Max’ PEACEMAKER. With the staff of our size, it is hard to cover literally everything; that is why we mostly just stick to HBO content, those shows found on the HBO Hub on HBO Max. But we have to point out that the DC’s PEACEMAKER with John Cena, like our title says, has really packed a wallop upon its premiere.

PEACEMAKER explores the continuing story of the character that John Cena reprises in the aftermath of Gunn’s 2021 film The Suicide Squad – a compellingly vainglorious man who believes in peace at any cost, no matter how many people he has to kill to get it. The first three episodes of the DC spin-off series premiered THURSDAY, JANUARY 13. One episode will launch weekly thereafter through February 17.

Gunn wrote all eight episodes of the series and directed five, including the first. Gunn, Peter Safran and Matt Miller serve as executive producers on the series, with Cena as co-executive producers. Based on characters from DC, PEACEMAKER is produced by Gunn’s Troll Court Entertainment and The Safran Company in association with Warner Bros. Television. The series stars John Cena as Peacemaker, Danielle Brooks as Adebayo, Freddie Stroma as Vigilante, Jennifer Holland as Harcourt, Chukwudi Iwuji as Murn, Steve Agee as Economos and Robert Patrick as Auggie Smith.

Between the trailers, featurettes and character profiles there are like a dozen videos accompanying this series’ debut. Here is just one that sets up the tone of the series perfectly.

Though this show is an HBO Max Original series, those who watch the HBO Saturday night movie via cable or satellite on the 15th, will get a surprise. After THE SUICIDE SQUAD debuts on HBO the premiere episode of PEACEMAKER will air beginning at 10:15pm ET. The first three episodes now uploaded are –

The 46-minute premiere “A Whole New Whirled” has Peacemaker returning home after his stint with the Squad only to discover that returning home has a price.

The 40-minute “Best Friends, For Never” in which tension and mistrust build within the team, even as he gets a new assignment and receives surprise visitor Vigilante.

The 36-minute “Better Goff Dead” in which, the mission, to no surprise to viewers, quickly goes wrong.

Then the action spools out for five more episodes. So, are you following all DC superhero action?  Are you caught up in the blundering, comedic action of PEACEMAKER? Is it a kick in the head that HBO Watch isn’t reviewing it? Well, step up and let us know about it or, better yet, step up (as this post quickly turns into a recruitment message) and write reviews of it for us.