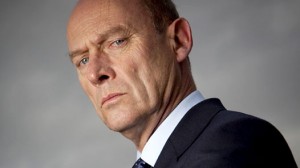 Game of Thrones adds another name to it’s already lengthy roster of actors with British actor Patrick Malahide taking on the role of of Balon Greyjoy, father of the Stark’s ward, Theon Greyjoy and rightful lord of the ‘Iron Islands’.   Among other roles, Mr Malahide can be seen in the James Bond flick, The World Is Not Enough, as well as Billy Elliott, and Quills.  He also appeared in the HBO mini-series Elizabeth I.

Balon Greyjoy has a small yet crucial role to play in Westeros and we can’t wait to see what the actor does with the character.  Season two is filming all over the world this summer and will be back on the air for Game of Thrones season 2 next spring.  As the Game of Thrones cast fills out, stick with HBOWatch for all of the latest casting news!

If you’re looking for a bit more Patrick, here are a few shots of the actor in various roles:


What do you think? Does he look like he could play Balon Greyjoy? Leave your comments below!