Here is a brief mention of two shows that got enough attention and/or acclaim to be allotted more screentime on HBO. Both the unscripted series PAINTING WITH JOHN and HBO Sports: 100 FOOT WAVE get a sophomore season. 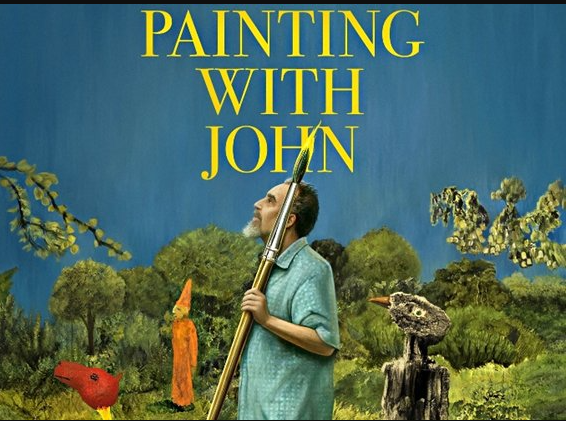 All I can do is scratch my head because I don’t quite see the appeal, but then again, I don’t have to. People must enjoy the musings, mumblings and artwork of John Lurie, including executive vice president of HBO Programming, Nina Rosenstein. Upon the announcement, she said, “There’s something so hypnotic and captivating about John’s style. He’s a brilliant raconteur with many more stories to tell, and we can’t get enough of them.”

HBO reminds us that – Season one of PAINTING WITH JOHN featured musician, actor, director and painter John Lurie ensconced at his worktable, honing his intricate watercolor techniques and sharing reflections on what he’s learned about life. Combining images of Lurie’s paintings, original music, and irreverent point of view on tapping into your childlike artist side, his overall ambivalence toward fame, and more, the series serves as a reminder to prioritize a little time every day for creativity, fun and a bit of mischief.

John himself has said regarding more of his musings, “My hope is to make a TV show where people see it and say, ‘I have no idea what I just saw, but I couldn’t stop watching it and it was wonderful.’ I think I can get there in season two.” Well, I must be missing something because LA Times called the series “HBO at it’s best,” while NPR noted the first season was “hypnotic, soothing, satisfying and profoundly meditative,” and New York Times says the show “explores living as an art form itself.”

Still not sure if it is for you? Well, you have time to explore all six episodes of Season One on the HBO Max service or the HBO Now site. Then keep your eyes peeled for Season Two in 2022. 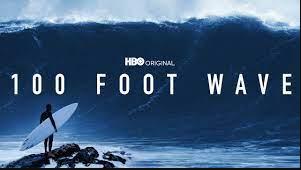 A press release tells us that the search for the biggest wave is still on with the second season of this documentary series in the offing.

The docuseries chronicles big-wave surf legend Garrett McNamara and his fellow surfers as they search to find and surf the biggest wave in the world. The second season of 100 FOOT WAVE will continue to follow Garrett and Nicole McNamara and others, profiled in the six-episode first season, as they get closer to making their dream a reality, and will introduce new big wave surfers who join the communal pursuit to conquer a 100-foot wave off of Nazaré Portugal.

The first season of the HBO Sports series intimately captures the decade-long odyssey of surfing pioneer Garrett McNamara who, after visiting Nazaré in hopes of conquering a 100-foot wave, pushed the sport to ever-greater heights and alongside locals helped transform the small Portuguese fishing village into the world’s preeminent big-wave surfing destination. The Los Angeles Times called the first season “a poetic and philosophical adventure story,” and wrote that “the best sports story you’ll encounter this weekend is not at the Olympics.” The Times also called the surfing “elegant and mesmerizing,” the subjects “big-screen charismatic,” and the story of Garrett McNamara both “vividly told” and “highly engaging.”

The hunt continues to ride the big one in 2022.