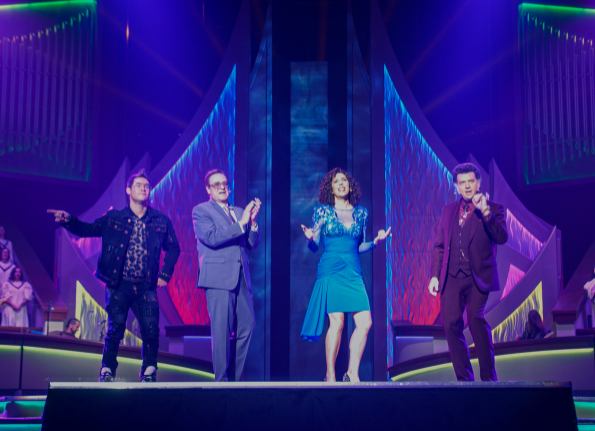 Back in September of 2019, we let it be known that Danny McBride’s THE RIGHTEOUS GEMSTONES was blessed by the Almighty to return for a second season; it just wasn’t promised how soon that sophomore run was going to get in front of the viewer’s eyes. We still aren’t exactly sure when the faithful Gemstone clan will arrive, we make a strong guess below, but at least we finally have something for the viewer’s eyes. HBO has dropped a few “First Look Images” for the upcoming season that we wanted to share as a reminder that this show is close. Al the pictures in this post are from Season Two. 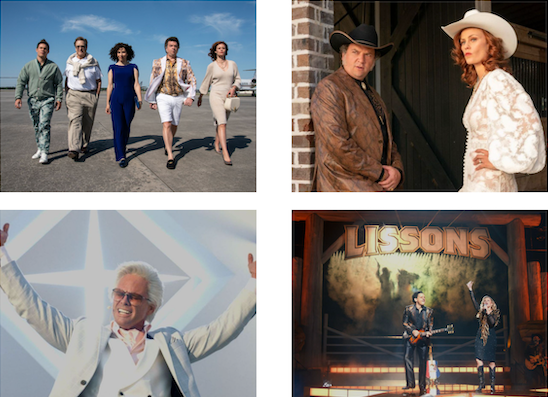 In Season One they all had their crosses to bear, as it were, dealing with keeping the ministry alive and their relationships functioning. However, they are about to once again collectively rally around the prayer circle. According to the Season Two description that accompanied these photos they have to have each other’s backs with what is ahead. It states –

“Season two finds our blessed Gemstone family threatened by outsiders from both the past and present who wish to destroy their empire.”

“the nine-episode second season will debut on HBO and will be available to stream on HBO Max this winter.”

“This winter” could mean December, but HBO is used to launching shows right after the New Year so, we are betting on a January premiere for THE RIGHTEOUS GEMSTONES. That gives us plenty of time to refresh our memories by re-watching the premiere season again and/or catching up with our reviews. Get ready for Jesse Gemstone and his Holy Rollers returning to HBO.